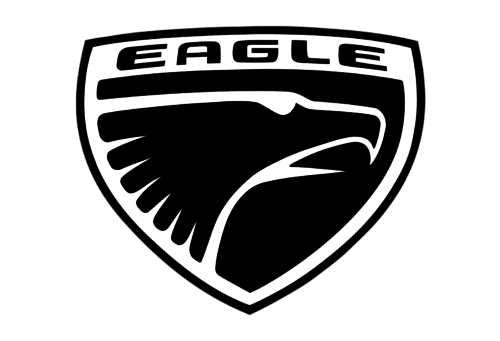 For a car brand named Eagle, it was pretty obvious to choose this predatory bird as the centerpiece for the logo. And yet, the designer managed to create a unique and recognizable badge. 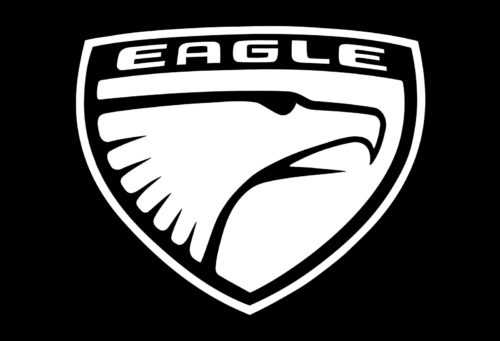 After the Chrysler Corporation became the owner of American Motors Corporation in 1987, a new brand was created, named Eagle. The marque was supposed to appeal to the enthusiast driver segment. Another characteristic feature was that these cars were marketed as more “European” than Chrysler’s main range. The marque ceased to exist in 1998. 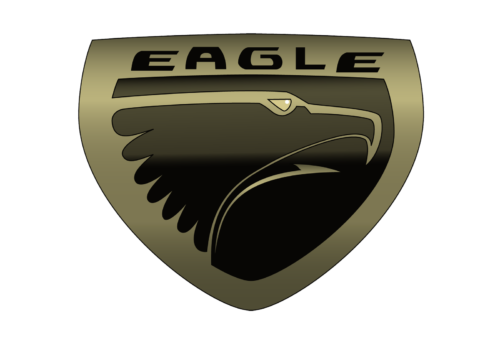 The Eagle logo features the side view of the bird’s head inside a shield shape. In addition to the eagle’s head, the shield also houses the word “Eagle.”

The shield has a sleek modern shape. There’re only two angles, both on the top. None of them is sharp or square – due to the rounded shape of the shield’s sides, the angles are obtuse. Also, none of the lines of the shield is straight. Even the top line that may seem straight, at first glance, is actually slightly curved.

The typography looks bold and unusual. While the letters are highly legible, they’re also unique. The “E’s” add some dynamism because they’re slightly sloped to the right. The letters “A,” “G,” and “L,” by contrast, stand straight. This creates a sort of discord, although the shapes of the letters themselves seem to fit one another quite well (probably, except the “L,” which stands out).

As for the eagle itself, it looks pretty dynamic and ready to attack. While we can see only the head, its position seems to suppose the bird is at flight. Its mouth is open, and both the ends of the beak look very sharp and dangerous. 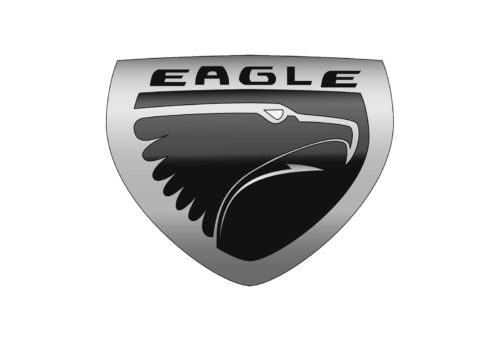 Like any other bird, the eagle enriches a logo with such connotations as freedom and speed. However, it also brings about a couple of additional symbolic associations. Let’s, for instance, remember that the eagle is the king of birds, which means its image represents status. Also, it’s a strong and menacing creature. In the Eagle logo, all of these connotations seem to work together. While there’s only the bird’s head, we can clearly see its predatory beak.

There’re quite a few car logos featuring the eagle’s wings, and yet, only a couple of them feature the bird’s head (for instance, the Australian make Ford Performance Vehicles (FPV) and the German make Isdera).