Although Romanian automobile industry is not as developed as car companies in other countries, there are still a few worthy car brands. For example, relatively well-known brands of Romanian cars – ARO and Dacia – not only serve the local consumer, but also entered the international market.

A lot of cars in Romania were created for improvised racing to survive on the road and in the countryside. Since the roads in Romania are from European standards of road surface, Romanian cars are distinguished by high cross-country ability and sufficient load capacity. Together with the low price by European standards, all these factors make the car from Romania a good option for those who are tired of being a horseless person, and there is no money for German or French analogues and is not expected to be.

ARO (stands for Auto Romania) is a Romanian off-road vehicle manufacturing plant. The first car – IMS-57 – was produced in 1957. The car was built on the basis of GAZ-69. More than 90% of the produced cars were exported to more than 100 countries.

From 1945 to 1950, the plant was used for repair of Romanian and Soviet vehicles. In 1953 they tried to establish production of motorcycles IMS-53, in total 12 units were produced. Since 1957, the plant began to produce auto parts – engines and gearboxes, and in the same year began production of cars IMS 57, M 59, ARO M 461. During the whole period of its existence, the plant has produced about 380,000 cars. It went bankrupt in 2006. 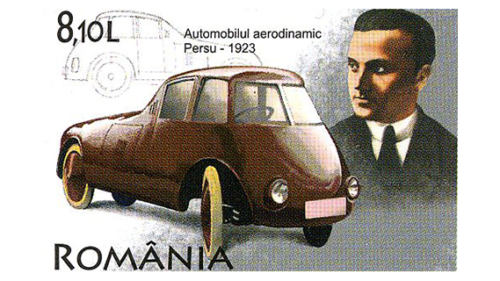 Aurel Persu was the first aerodynamic car. It was built by the Romanian designer Aurel Persu, who was engaged in aerodynamics of aircraft. The drag coefficient of only 0.22 is still difficult to achieve today!

By the way, the car drove 120000 km during its life. The largest advantage ofthe car is thought-through aerodynamics: Aurel Persu recognized his car as safe, only at speeds up to 60 km/hour, at higher speeds, the car was prone to tip over in sharp maneuvers, because of the narrow gauge.

General Motors and Ford tried to buy the patent for the production of Persu’s car, but the inventor refused the offers. Now the car is in a deplorable condition in a museum in Bucharest.

Dacia is a Romanian car manufacturer that produces licensed cars of the Renault Group under its own brand. The company’s product range includes various types of passenger cars, sold mainly in Eastern Europe. In addition, Dacia cars are delivered to Africa and Middle East countries (they are also delivered to other regions, but in “occasional” and “small batches”). The company’s production facilities are located in Romania, near the city of Pitesti. Every year, more than half a million cars under the Dacia brand come off the conveyor belt.

The company was founded in 1967 thanks to the assistance of the “Renault” concern – which provided its technology and license for the production of Renault R12. Already in 1969, the company presented its first “own” development – sedan Dacia 1300 (full localization of production was achieved only by 1977). By 2005 under the brand “Dacia” was produced about 2.5 million cars, after which the company moved to a modern range of models. 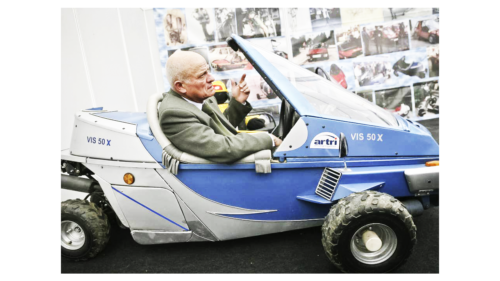 It’s not a car brand but rather a model of a car made by Justin Capra. He was a famous Romanian inventor of the jetpack and the 784 mpg fuel efficiency car. The automobile had a perfect aerodynamic shape and great characteristics for those times.

The constructions on which he worked were 72 fuel-efficient cars, 15 unconventional engines and even seven aircrafts.  In a 1955 two-wheel automobile, the idea for which was taken from the Virgilius, used an airplane motor, could speed up to 300 km/hour and weighed as low as 250 kg!

The Lăstun was promoted with the publicizing motto was “Un Autoturism de Actualitate” (A Contemporary Vehicle). Production proceeded until 1992. 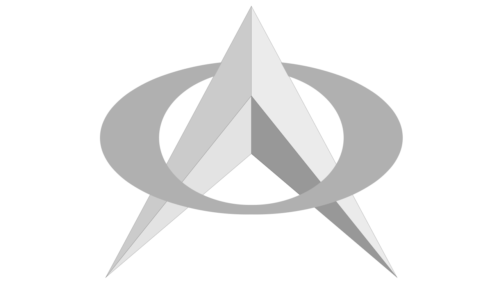 The Oltcit Club compact three-door hatchback was launched in Romania in 1981 in a joint venture between Citroen and the Romanian government.

The design of Oltcit was based on the front-wheel drive “Citroen” platform, the work on which began in the late 1960s. This development was conducted jointly with “Fiat” and largely repeated the solutions used on the model Fiat 127, but in 1974 the Citroen company came under the control of Peugeot. Since it was decided to create compact models of the brand on the basis of Peugeot cars, the promising platform was not in demand and it was transferred to Romania.

The Romanian Locomotive and Wagon Factory (ROMLOC) was established in 1921. In 1936, ROMLOC converged with Astra and turned into the Astra Works. In 1938, Astra started fabricating weapons, which powered organization development, and in 1940 was renamed to the Astra Romanian Wagon, Motor, Armaments, and Munitions Factory, under which name they added to the Romanian war exertion in World War II.

Until 2000, ROMAN created 750,000 trucks, and since 2002, the trucks acquired another reshaped lodge, called Millennium; as of December 2005, Roman delivered military truck gear for Iraqi army. In 2005, Roman additionally disclosed its new line of transports, with urban and between city versions. In 2017, the company signed an agreement worth €12 mln to deliver 100 vehicles to Taiwan.

El Car is a public transport producer from Romania. The organization was established by engineering specialist Dorian Igescu, and their major generation line is the Igero bus. Igero medium-sized buses work public transportation in Braşov, Târgu Mureş and in Covasna County.  The first Igero transport was assembled by Igescu in his own garage. In 2004, he established the fully-fledged production in Romania.