Though German cars cannot be classed among the budget-friendly, their higher prices correspond to higher levels of build quality and low maintenance cost. The gears are certainly expensive, but you rarely need to change them actually. German cars can easily handle poor road conditions, which is especially important for countries with complex weather patterns. Speaking about appearance, ergonomics and quality, German cars are head and shoulders above the rest.

There are at least three reasons behind exemplary quality of German cars. Firstly, German auto companies work diligently to attract some of the best engineers from all over the world, who then put their whole soul into the work to produce best cars.

Secondly, Germans pay great attention to every stage in cars’ manufacturing and testing processes. Finally, German cars are tested on arguably the best roads in the world which allows pushing the cars’ tech capabilities to the limits.

Every German brand has a long history of ups and downs, as they went through devastating war and severe economic crises. Having fought through every hardship they became true leaders and trend-setters of automotive industry, their technical and designing decisions are examples to follow. It is quite difficult to single out several best German cars, as each year German car manufacturers do their best in producing more reliable and powerful cars with appealing appearance. However there are some established German auto brands that are well known all over the world. Further we will list and describe several of them: BMW, Opel, Porsche, Volkswagen, Mercedes-Benz, Audi.

The emergence of BMW AG dates back to the beginning of 20th century: two companies under the leadership of Karel Rapp and Gustave Otto manufactured the jet engines, before merging into Bayerische Motoren Werke in 1917. Today BMW is one of the leading premium-brands in automobile industry. In 2012 this company became official partner of summer Olympics in London, delivering around 3000 cars for that remarkable sport event. Company has always paid close attention to the latest science innovations and cheerfully introduced them in their latest models. For example the breakthrough idea for BMW i series was harmonious fusion of ecological and powerful technologies: the all-electric BMW i3 can be truly considered the vehicle of the future.

Mercedes-Benz is major BMW’s rival in unofficial competition for title of the best car manufacturer in Germany. Besides automobiles, company also designed marine and air engines, which is reflected in its logo – three-rayed star. This beautiful logo symbolizes the company’s superiority in three environments: earth, water and air. More than 125 years Mercedes-Benz is touted as one of the trend-setters of the world automobile market, producing powerful, fancy and safe cars. The Mercedes-Benz motto “The best or nothing” reflects company’s ideology to the full extent. Today Mercedes-Benz produces vans, trucks, off-road vehicles etc., with most of them earning fame of lasting a lifetime. Adam Opel AG is another popular German manufacturer, part of the General Motors’ consortium, which was founded by Adam Opel in 1862. As funny as it may seem at first company specialized in selling hats, caps, sewing-machines and bicycles. After the founder’s death, Adam Opel AG has been inherited by his five sons, who started developing new perspective direction: automobile manufacture. Today the company, headquartered in Rüsselsheim, produces light motor vehicle, mini-vans, minibuses and its slogan Wir leben Autos (We Live for cars) is clearly self-explanatory. Currently the manufacturer conducts research in the sphere of alternative fuel (such as natural gas) and introduces new technologies to make its navigation system more advanced.

Dr. Ing. h.c. F. Porsche AG car company was found in 1931 by famous automotive engineer Ferdinand Porsche. According to some sources, this company is said to boast the highest profit per car sold of any car manufacturer in the world. Porsche is arguably the most famous car made in Germany: its elegant sport cars are strongly associated with reliability and quality. Striking fact: almost 70% of cars, produced by this company are still in running order! Porsche set a goal of designing both powerful and eco-friendly cars: Porsche Cayenne and Porsche 918 Spyder were the first cars developed according to this concept. From 2012 Porsche became part of the Volkswagen Group, and one of the important goals for the company at the moment – preserve its identity against the external influences.

Consortium Volkswagen AG is a flagship manufacturer of German automobile industry for many years. The company was founded in 1933, after Hitler ordered leading German car designers Jacob Werlin and Ferdinand Porsche to create safe and reliable automobile, which could become popular among common Germans. The to-be car was named “People’s car” or Volkswagen. Despite having relatively short history, the company has quickly established itself as one of the best-selling cars in the world. Its models Volkswagen Beetle and Volkswagen Type 2 have become symbols of 1960s generation. It has also obtained several car brands, including Audi, which testifies its financial well-being. More than that, Volkswagen has become one of the most environmentally friendly car manufacturers in the world, regularly allocating funds for the alternative energy sources research. 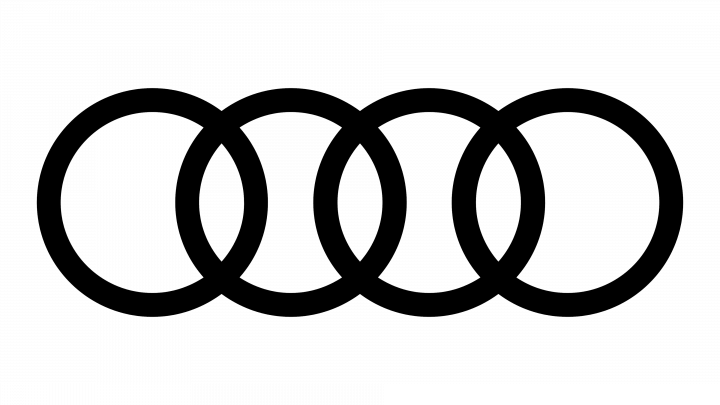 Audi AG was founded in 1932 by August Horch; the translation of his last name into Latin became the title of the company (German “Horch” means “listen” in Latin). Four car companies merged to become the Audi’s precursor company Auto Union, each one of them being eternalized in Audi’s logo of four interlinked rings. Audi’s slogan “Advantage through Technology” (Vorsprung durch Technik) reflects company’s never ending quest for excellence. Currently Audi, which is Volkswagen AG’s subsidiary company since 1966, is one of the leading European car manufacturers with production output comprising more than 1.7 mln. units per year. Audi produces the cars of most of the existing classes, such as business class (Audi A6), executive class (Audi A8), sports coupe and racing cars (Audi TT, Audi R8), CUV (Audi Q7, Q5).

Smart is the child of Daimler and Swatch association that resulted in the Germany-based Micro Compact Car AG organization. It’s mostly known for its ultra-compact “city vehicle” built by Daimler and structured by Swatch.

The Smart vehicle is very safe and compact. It utilizes the “Tridion” safety module which is produced using three layers of strengthened steel. It absorbs energy in case of a collision to protect the travelers. Its creators state the Smart Car can withstand crashes with way bigger vehicles. The most outstanding highlights of Smart vehicle are its eco-friendliness and simplicity of parking. Most vehicles like Smart City-Coupe are made for two travelers to let them cross the narrow streets in European cities.

The smart logo is straightforward and yet has a lot of meaning inside. Its letter “c” means “compact” and the arrow signifies future thinking. Smart vehicle logo is a great example of stylish car logos. It proves that Smart cars are the product of innovation and imagination.

Maybach Company was established in 1909 by Wilhelm Maybach and his child. The organization was initially an affiliate of Luftschiffbau Zeppelin GmbH. Maybach was among the biggest contributors to the German National Socialist war movement during World War II by delivering the motors for some portable artilleries and tanks, for example, Jagdpanther, Panther, and Tiger (the Maybach HL230 was used back then). After the war, the company specialized on fix work, while car production had stopped and in 20 years after that, the organization was renamed into MTU Friedrichshafen. Daimler-Benz acquired the organization in 1960.

The Maybach logo has some historical associations. Being a German vehicle brand, the logo with its double M reminded of the swastika, which is logical as they made military vehicles for the Nazis during the war. People believed that those were the purposes behind the Maybach logo’s revival. Genuinely, the Maybach logo represents its objective of making durable and tough vehicles.

Wiesmann is a German car maker that was established in 1985 by brother Martin Wiesmann and Friedhelm Wiesmann. The vehicles are produced manually in Dülmen. The sports cars from Wiesmann combine the old-fashioned design traditions and edge-cutting technologies – they gained props and acclaim after a visit in 1985 Essen Motor Show. Enthusiasm is the primary driving power of the siblings in making their vehicles.

The organization initially produced custom hard-tops for convertibles, which they keep on doing. The first vehicle was released from the workshop in 1993. Starting at 2006, they produce the Wiesmann MF 3 and MF, 30 roadsters and the famous Wiesmann GT MF 4 car, all of which use the motor and transmission parts provided by BMW.

Weismann vehicle logo has a very outstanding design. It has a silver gecko – a fancy creature looking not at all like other brutal vehicle logos. The reptile mirrors its capacity of sticking to walls just like Wiessman vehicles stick to the road. Weismann vehicle logo demonstrates even a little vehicle can boast great advantages.

Today, Alpina is a well-established medium-sized organization that creates, produces and furthermore sales globally exclusive vehicles, car spare parts and accessories for half of a century!

Since Alpina specialized on twin turbo motors, it’s not surprising that it has one on its logo. The logotype looks like a true emblem but instead of animals or birds, it surprisingly depicts car spare parts. A smart and yet unpredictable designers’ solution! That highlights Alpina’s focus on technological quality.

Gumpert Sportwagenmanufaktur GmbH was established by former Audi owner Roland Gumpert in 2004. Its vehicle fabricating organization is situated in Altenburg, Germany. The Gumpert logo shows a legendary animal called Griffin. This is depicted with the body of a lion and head and wings of a falcon. Famous for its Indian or Central Asian origins, the Griffin, it means the mixture of the royal beasts and birds that speaks to the dominance of land and air. This is connected with Apollo’s speed in the air and superior performance on the road.

MAN SE is a German mechanical engineering organization and parent company of the MAN Group. MAN SE is situated in Munich. Its essential focus is on the car business, especially large trucks. Other specializations incorporate the creation of diesel motors for different applications, similar to marine vehicles, as well as turbomachinery. Since 2011, Volkswagen AG owns over half of the share capital in MAN SE. After regulatory approval, Volkswagen united MAN and Scania and turn them into Europe’s biggest truckmaker.

On the MAN logo, we can see a schematic picture of a lion, which represents power and authority. This way, the company shows that it’s the king of truck makers in Europe.