Japanese car industry has a unique history with many brands sharing similar ways to success. Commonly emerging from large industrial corporations as subdivisions in the first half of the 20th century, Japanese manufacturers met the demands of domestic market in small commercial and personal vehicles. It was not until 1960s that Japan car industry had huge international success, powering its way to the top three car-producing countries in the world. The 1973 global oil crisis was a dramatic boost for Japanese car industry. Millions of people in North America traded their fuel-thirsty powerful cars for economical four-cylinder vehicles from the Land of the Rising Sun. And they proved to be extremely reliable too comparing to American vehicles. Ever since the Japanese cars have been associated with affordability, low running costs and reliability.

A number of famous Japanese brands produce a huge variety of vehicles, from compact city and family cars to ultimate off-roaders and sports machines.

Toyota Motor Corporation is currently the largest car manufacturer in the world, producing over 10 million vehicles annually. The company was founded in 1937 by Kiichiro Toyoda and rocketed during the 1970’s oil crisis. With oil prices going sky high, the huge US market required inexpensive economical cars to replace their bulky sedans, mainly powered by V8 engines. That was a turning point for Toyota which gained the reputation of producing cheap and reliable cars. Responding to US import taxes, the Japanese company built the first plant in North America at the beginning of the 1980’s. Later on they launched a new luxury brand Lexus.

Toyota is one of the leaders in innovative hybrid and electric technologies and their marquee model Pius is now the best-selling hybrid car in the world. The total sales of Toyota bestseller, Corolla, reached 40 million in 2013. The company produces vehicles under Hino, Ranz, Scion, Lexus brands, has stakes in such companies as Daihatsu, Isuzu, Fuji Heavy Industries and cooperates with BMW.

Nissan Motor Company is the second largest Japanese car manufacturer, established in 1933 as a division of Datsun. It came to prominence selling vehicles under both Nissan and Datsun brands. In 1986 the company built the plant in Sunderland, England, which became the biggest car plant in Europe. However, in late 1990’s Nissan faced severe financial crisis and had to merge with the French giant Renault.

Honda Motor Company is one of the leaders in car and motorcycle industries, and produces internal combustion engines for other applications. Honda built their first car, S500, in 1963, having enjoyed success in motorcycle business for almost two decades by that time. In 1972 the company’s bestseller, Civic, was launched. Honda pioneered creation of luxury divisions, introducing Acura to US market in 1986. Along with Toyota, the company put efforts into developing eco-friendly technologies and today most of the models are available with hybrid powertrains.

The company known today as Suzuki Motor Corporation was established over 100 years ago as loom works, later focused on motorcycles and was able to produce their first car, Suzulight, in 1955. It was a response to Japanese post-war need for inexpensive and reliable transportation.

Suzuki trademark lightweight and reliable cars, as well as four-wheel drive vehicles earned them a huge market share, turning the company into one the top-10 car manufacturers in the world. Suzuki is also the leader in Kei-car segment in Japan. Volkswagen Group owns 19.9% of the company’s shares. 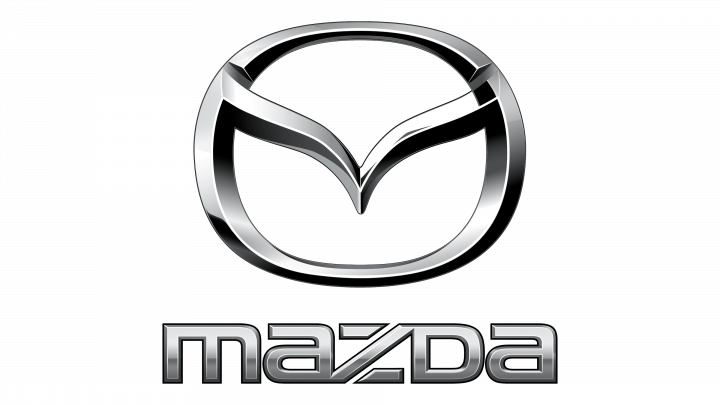 Founded in 1920 in Hiroshima as Toyo Cork Kogyo, the company embarked on producing autorickshaws and weapons for Japanese army. In 1960 the first car, R360, was introduced and went on to be a domestic success. At the same time Mazda began to develop Wankel rotary engines in a bid to stand out from other Japanese carmakers.

However, as soon as the 1970’s oil crisis unwound, Mazda went on the brink of bankruptcy and had to concentrate on common fuel efficient engines. From 1970 to 2010 the company had a partnership with Ford and developed a number of related models. Today Mazda Motor Corporation is known for producing attractive, pleasant to drive cars, sold under “Zoom-Zoom” slogan. 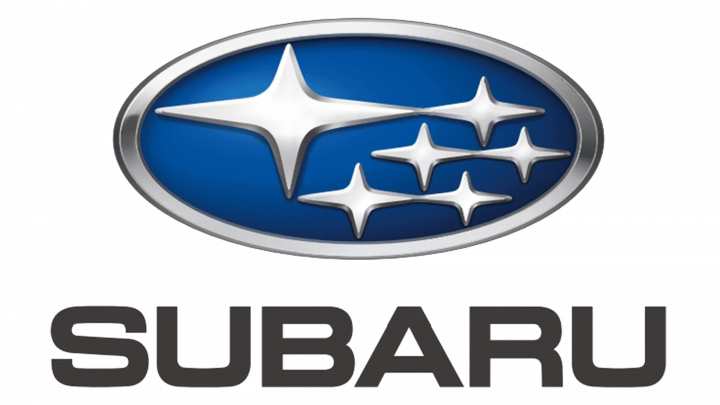 Established as a subdivision of Fuji Heavy Industries, Subaru produced their first car in 1954. The logo carried a stylized image of Pleiades open star cluster. Later on the company developed two trademark features, distinguishing Subaru from other manufacturers. They are Symmetrical All-Wheel Drive and flat boxer engines, used on most vehicles.

Subaru Impreza WRX was one of the best rally cars ever built, winning many competitions throughout the world. In 2007 Subaru introduced their first ever boxer diesel engine. Today Subaru partners with its major shareholder, Toyota Motor Corporation, sharing a plant in US and producing related cars, such as Subaru BRZ/Toyota 86/Scion FR-S.

The company whose logo symbolizes three diamonds is one of the oldest Japanese industrial giants that started building cars in 1917 with Model A, based on Fiat. Mitsubishi Motors Corporation is well known for their off-road vehicles, such as Pajero or Lancer Evolution. The company has been successful in motorsports, winning numerous Dakar Rally and WRC championships.

During its history, Mitsubishi Motors had alliances with different car makers, such as Chrysler, Volvo, PSA Peugeot Citroen, Volkswagen and Renault. The company was proud to be the technical inspiration for several manufacturers, including Hyundai, Proton and a number of Chinese brands.

Launched in 1989 as a response to the growing demand in luxury vehicles, mainly in North America, Lexus is a division of Toyota Motor Company. It is the most successful Japanese premium brand, selling over 500,000 vehicles annually.

All models except North American versions of RX SUV are manufactured in Japan. In mid-2000s Toyota reorganized the division, distancing it from mainstream lineup in a bid to make Lexus the world’s fourth largest luxury manufacturer and compete with German brands.

Honda pioneered the Japanese expansion to US luxury vehicles market by introducing their subdivision named Acura in 1986. Most of the vehicles are based on Honda models, but feature better trimming levels, more options and increased comfort.

Unlike globally expanding Lexus, Acura are mainly focused on North American market, produce most of its vehicles in the US and is not officially represented in Japan.

Nissan didn’t waste time in following Honda to the US luxury segment and launched its own premium brand Infiniti in 1989. In 2012 Infiniti moved their headquarters to Hong Kong as the Renault-Nissan president Carlos Ghosn revealed his ambitions to storm the emerging Chinese luxury market that has bigger volume than that of North America. Infiniti automobiles are mainly produced in Japan.

Daihatsu Motor Co. is Japan’s oldest car manufacturer, famous for producing compact city models and off-road and commercial vehicles. However, it only entered the US market for five years from 1987 to 1992, and withdrew from European market in 2013. Today Daihatsu is owned by Toyota Group. 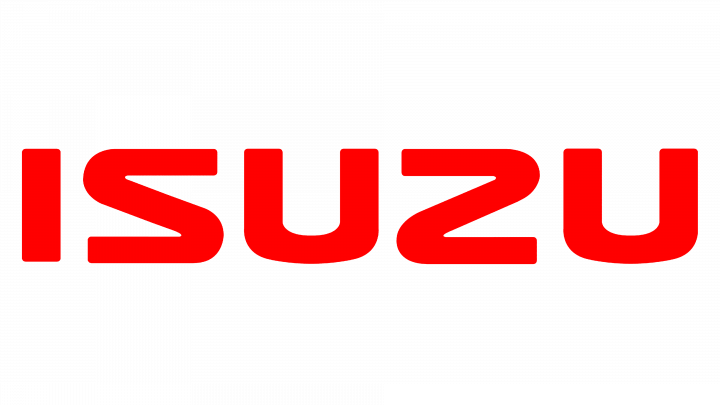 Another Japanese car-maker that boasts a century-old history is Isuzu. Today Isuzu specializes in commercial transport and diesel engines’ production. However, they still offer pickup trucks and SUV’s in several markets.

Like Isuzu, this Toyota-owned car brand used to produce cars in the middle of last century. However, today they also focus on commercial transport and are the leaders in Japanese market.

Mitsuoka is the youngest Japanese car maker that specializes in building extravagantly designed models, mainly influenced by old British car. Technically they are commonly based on Nissan vehicles.

The brand has a long history alongside Nissan, with most of Nissan’s exports to US were initially branded under this name. Datsun was discontinued in 1986 after the company’s renaming campaign, but was re-launched in 2013 in developing markets, namely India and Russia, to produce affordable cars.

Scion is a brand of vehicles produced by Toyota Motor Corporation for North America and promoted as a young brand. It was established in 2002 and the meaning of the name is ‘heir’ or ‘descendant’.

The Scion logo is very conspicuous, designed originally by Los Angeles organization Fresh Machine. Most experts consider it to be an adapted “S” surrounded and overlaid with the Scion nameplate. Others consider it to be the dorsal fin of a swimming shark, meaning dynamic development. It could also be the reflected picture of a road leading into the skyline.