The story of Infiniti brand started in November 1985. It all began with a top-secret task for Nissan (japanese car manufacturer) managers. The main idea was to create vehicles with greater performance characteristics. At the same time it was supposed to be luxurious and stylish. The mission was to compete with main US and European luxury car producers and take leading positions in this automotive segment. The work was mainly focused on luxury ethics that went far beyond the vehicle itself to involve the entire purchasing and owning process. The idea was to meet all requirements and preferences of American consumers. 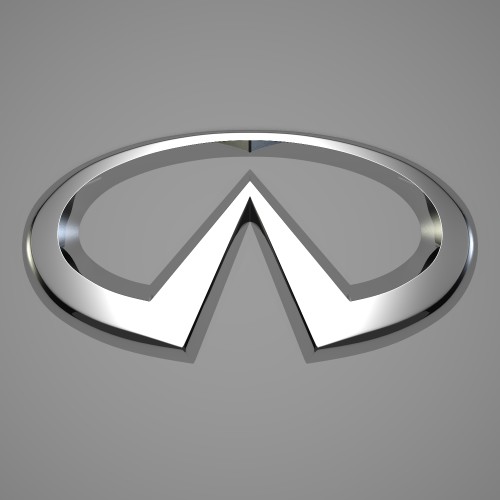 The name for the new brand was chosen in July 1987. The project was called Infiniti. This was also the time for introducing the now famous badge featuring two central lines that lead to the infinite horizon. Infiniti logo symbolizes a special approach established by the new brand which is based on luxury, performance and aspiring for new horizons and edges of automotive industry. 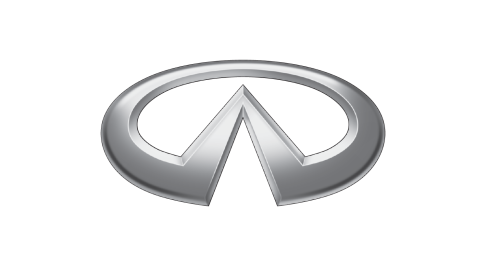 The logo is based on traditional infinite sign which is well-known to everyone. Designers decided to use it as a base for the car badge as it reflected the inner spirit of every vehicle produced under Infiniti name.

Infiniti logo is based on a lemniscate which is believed to have appeared at the start of human civilization. Later it was also introduced to modern science. The term “lemniscate” is related to the shape of the sign. It was first introduced in 1954 by the famous Swiss mathematician Jacob Bernoulli.

Earlier it was also used by other mathematicians to represent mathematical infinity. The numeral 8 which is lying on its side introduces physical representation of infinity. We are not eager to go deep into signs and reveal the origin of this sign. The main thing for us is the fact that it was adopted by Nissan in July 1987 as the main logo for their new luxury car producing department.

The shape of Infiniti logo is a stylized numeral 8. It is an ancient symbol believed to have appeared at the beginning of human civilization. It turned sharper on the brand logo and was embedded into a silver oval, making it look stylish and modern. It symbolizes the elegance of every detail along with luxury, great performance and the search of new horizons in automotive industry.

The color of Infiniti badge is metallic silver. It looks great on car bodies, adding elegance and style flavored by luxury notes. It has not been changed from the moment it was adopted by the company. It is quite simple but implies the spirit of Infiniti brand. 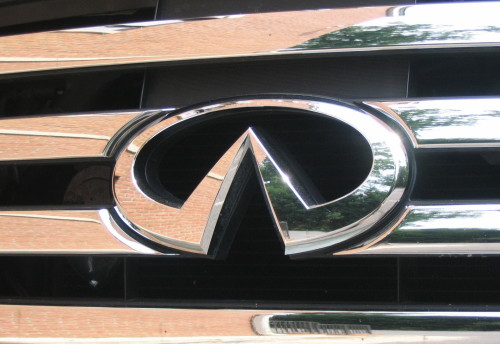 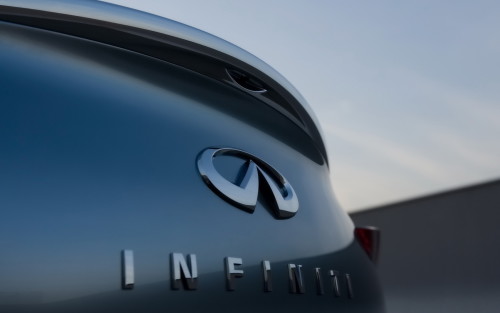 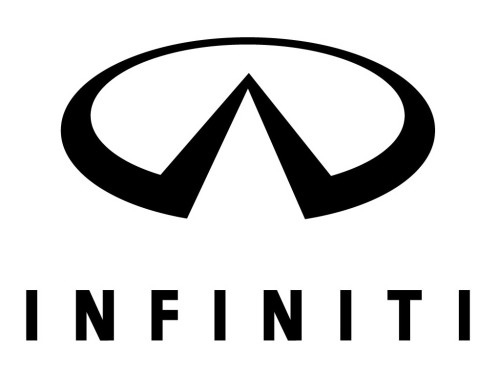 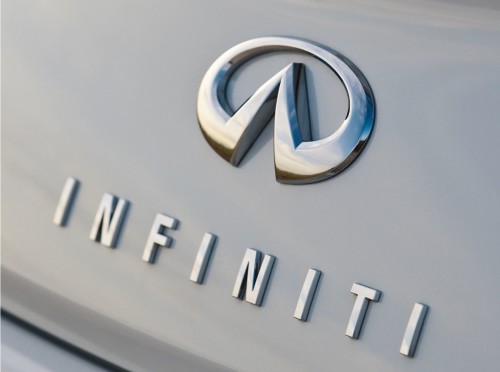 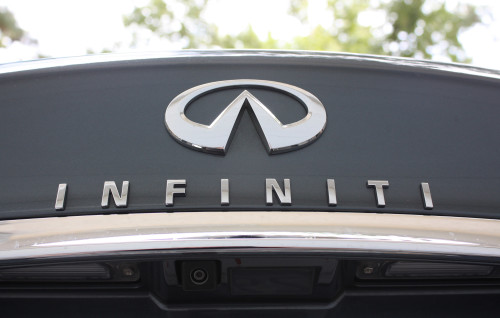