There is an opinion that the Italians laid the foundations of the Spanish auto industry. In 1919, the FIAT concern opened a branch in the suburbs of Barcelona and called it SEAT. However, this is not the only worthy Spanish car brand around.  And only a few really auto-savvy people know that the history of automotive industry in the kingdom lasts more than a hundred years!

Today in Spain there are 12 car assembly plants of leading world manufacturers: Nissan, Mercedes, General Motors, Renault, Volkswagen, Ford, Iveco, Peugeot, and Citroen. 39 different models of cars and trucks are assembled on the Spanish conveyors. In total, the country supplies the market with almost 3 million Spanish cars, most of which are exported.

Although the Spanish automobile market is not as well developed as other European car brands, it’s still represented by a few worthy car manufacturers. What are they? Let’s observe the Spanish car brands.

Don Francisco Serramelera Abadal, known as Paco Abadal, was a racing driver and sales representative for Hispano-Suiza in Barcelona. In 1912 he decided to found his own company, but he was unable to create a new car. Therefore, he agreed with the Belgian company “Imperial” to buy its cars and their further resale in Spain under the brand name Abadal. The company existed in 1912-1923 and offered two models – with a four-cylinder and six-cylinder engine. The Abadal trucks were also produced under license in Belgium.

Aspid is the brainchild and passion of Chief Engineer and Auto Designer Ignacio Fernandez, who developed the cars of this brand in his engineering company, IFR Automotive. With a wealth of experience in both conventional and racing cars, he came up with the desire to create a car that combines the qualities of both classes, which was born out of the need to create a lighter car capable of racing. Having worked for SEAT Sport, Prodrive Automotive and Mitsubishi Ralliart, he left to become a leader in the production of lightweight vehicles that would have high performance, low fuel consumption and exhaust emissions, all with low weight.

The brand’s flagman car us Aspid Invictus that is equipped with double V-shaped levers, an advanced traction suspension, and a large and powerful 4.4 liter BMW V8 engine. The car is able to take a speed of 100 km/h in the first three seconds, and its maximum speed is 305 km/h.

Aspid intends to create a super car in 2014. Ignacio Fernandez plans to produce about 250 copies of GT-21 Invictus sports cars per year.

Since 1979, Benimar has been producing motorhomes and vans. The main factory of the company is located in Penisola, next to a beautiful medieval castle. Currently, more than 3000 such houses are produced per year. They are comfortable, beautiful and ecological. The motorhomes are comfortable to live in while traveling, they do not cause harm to the environment.

This company specializes in the production of vans and wheeled houses. Benimar is also engaged in the supply of its vehicles all over the world. The company has been successfully implementing this activity for forty years. To date, Benimar is the undisputed leader in this segment.

Another racing car brand in Spain is produced by GTA Motor Spano. For the first time the company from Valencia declared itself at the Geneva Motor Show in 2011, and a year later brought to Switzerland a ready for mass production of high-tech and exclusive sports car. It, like a shot, accelerates up to 100 km/h in 2.9 seconds and can reach a speed of over 350 km/h.

Today, GTA Spano is one of the five fastest cars in the world. The Spanish sports car has practical sides, manufacturers have provided two trunks: 100 liters in the front of the body and 200 liters in the back. In the cabin there is a multimedia installation with a 7-inch LCD display, satellite navigation and Bluetooth for mobile devices. You can buy GTA Spano for €530,000. 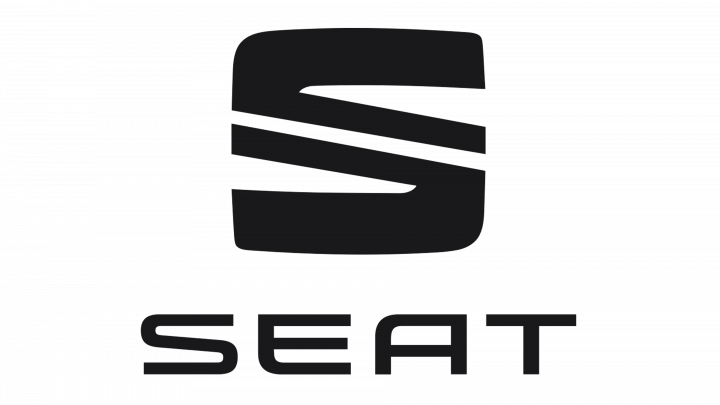 SEAT is considered to be the most famous Spanish brand of cars, the first car left the factory in Martorel in 1953. Until the early 1980s, the company successfully collaborated with FIAT, and then was almost entirely bought by Volkswagen. Today, Spanish cars SEAT are part of Audi Brand Group. The group produces more than 400 thousand Spanish cars a year.

In promoting their cars in the international market, SEAT marketing specialists use the tourist attractiveness of Spain. For example, models are called as famous tourist places: Alhambra, Cordoba, Leon, Ibiza, Marbella. By the way, Seat Leon became the best-selling Spanish car in 2015.

Two companies are now manufacturing sports cars in Spain. The most famous of them is Tramontana. It is located on the Costa Brava and has been operating since the mid-2000s. Tramontana creates unique and creative cars for those who are bored with Lamborghini and Ferrari.

Tramontana’s urban sports car design combines the best of Formula 1 cars from the 1960s with fighter jets from World War II. The turbocharged 12-cylinder engine develops 720 hp and accelerates the car to the first “hundred” in 3.6 seconds, and the maximum speed of the car is 325 km/h. The supercar is assembled by hand. Decorate with expensive leather, wooden panels from Japan on special order, small details of white and yellow gold. Despite the impressive price of the Spanish brand of sports car (€610,000), the flow of customers at Tramontana does not run out.

The Spanish brand of Hurtan cars from Granada is known to the connoisseurs of vintage cars. Since 1991 the company has been manufacturing handmade retro cars. The founder of the company, Juan Hurtado Gonzalez, inspired by the models of 1940-1950s, borrowed the engine from Renault Clio, and designed the body itself. The body is distinguished by the wooden trim from the central console in the cabin, the steering wheel in the best traditions of English roadsters of the middle of XX century, leather of the highest quality and a huge number of chrome parts. Today Hurtan produces Albaycin and Grand Albaycin models, the price of which ranges from 150 thousand euros. The sophisticated buyer is captivated by the silhouette of the car in the spirit of works by Salvador Dali with a nostalgic admixture of English Morgan and Jaguar of the 1950s.

Spanish businessman Pedro Santos started dreaming about creating his own car in 2010. According to the author’s idea, a big fan of American supercars, his brainchild was to continue the glorious tradition of roadster AC Cobra

Two years later, at the Madrid Motor Show, the roadster named Tauro V8 Spider was presented. An experienced motorist, seeing the new car in the photos, will immediately notice that under a different appearance hides the American roadster Pontiac Solstice, which was removed from production in 2009, after the closing of the Pontiac brand.

Solstice was presented at the Detroit Motor Show in 2006 and had several twins in the GM concern: cars were offered to different markets as Saturn Sky, Opel GT and even as Daewoo G2X! Daewoo G2X was, by the way, the first and last sports car of the brand, which was a success in the Asian markets.