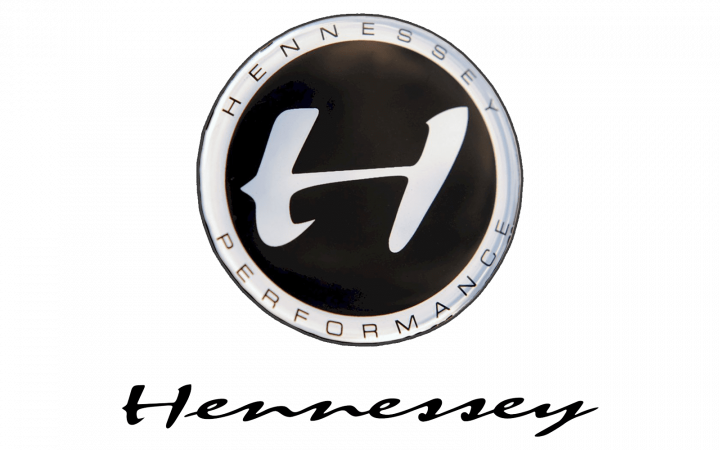 Hennessey is not specifically a car manufacturer, because they hardly produce their own vehicles, but rather focus of modifying and upgrading. Almost all Hennessey products are based on something else. Regardless, they are still one of the most prominent minor American car producers, as well as one of the important Texan manufacturers.

Their logo is nothing special, all it features is the name of the company, and it has been so since the birth of the brand in 1991. The origins of the name are even more basic – it is a name of the founder and current CEO, John Hennessey. Apparently, the logo has been carried on to this day without any major change. 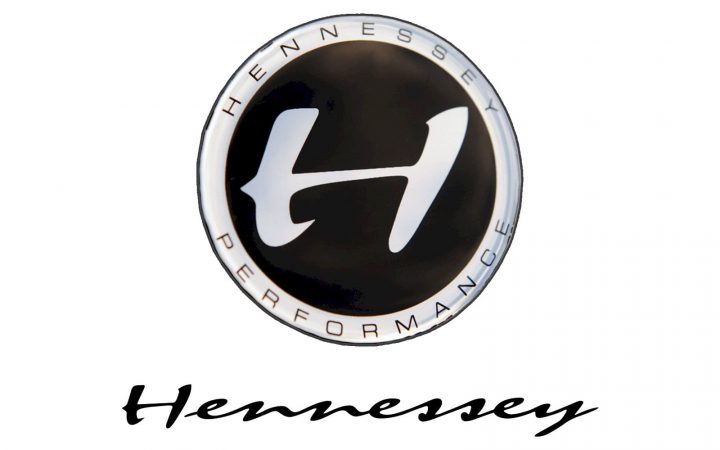 The company emblem is a simple name, although it’s written in a unique way. It is handwritten and brightly red, which could be homage to the usual red paint of the Italian sports cars (the brand mostly modifies the sports models).

Either because of the handwritten style of the writing or for some other purpose, but the logo is squashed from the top and bottom, making it less recognizable. However, it’s not a problem, because the emblem is mostly for official occasions, and not to be put on cars. 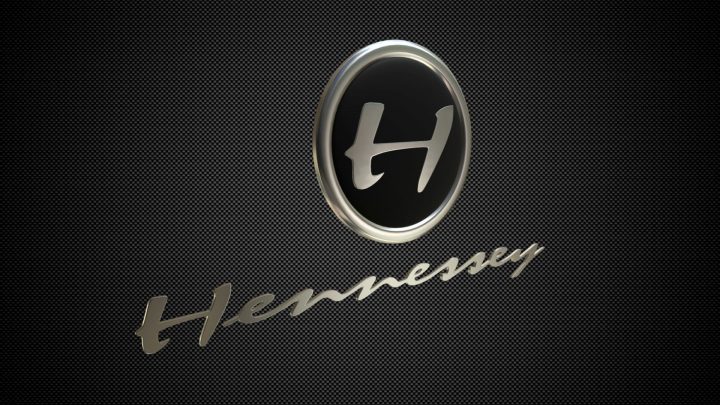 What they put on their cars instead is a little circle badge painted black and with a metal ring around it. There is a white H written inside the circle almost identically to the same letter from the official logo. There are also thin letter on the top and bottom of the ring that say ‘Hennessey Performance’. 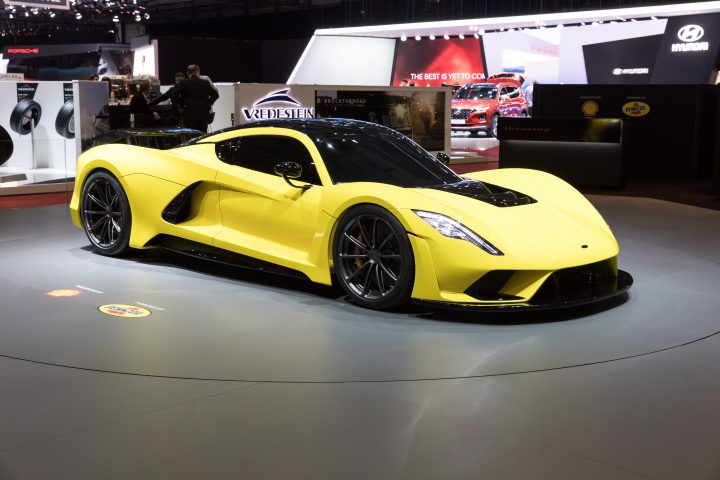 Most cars by Hennessey are built atop the existing models – for instance, the famed Venom GT is a modified Lotus Elise, but with a much more powerful engine.

However, they’ve developed one model that doesn’t seem to have been based on other cars – Venom F5. These cars are extremely powerful, but also luxurious and costly, as they aren’t too many of these built.