Most Common Accidents On The Road And How To Keep Safe 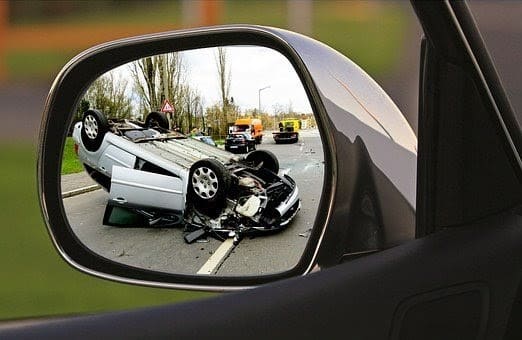 Whether you’re commuting to your office, running errands, or taking your children to their extracurricular activities, using the car to move around is part of many people’s daily routines. The demand for new vehicles has rocketed over the past years thanks to further technology advantages and features that make them a comfortable and convenient option over using public transport for suburban families.

According to Statista, the U.S. has almost 280 million operative vehicles and 228 million people with valid driving licenses. The sheer amount of road traffic in the main cities and highways by itself is one of the explanations behind their traffic accident statistics. In 2019, there were 36,120 traffic-related deaths in the country, and in 2018 records showed about 12 million vehicles involved in crashes. The worldwide situation for road traffic accidents has similar qualities, since the WHO reports approximately 1.35 million deaths per year stemming from the same cause.

Staying safe on the road should be the top priority for any responsible driver. After all, other people’s lives and yours depend on drivers following traffic laws to the letter. Failing to do so carries awful consequences, from property damage to the loss of innocent lives. Therefore, it’s important to learn about the most common accident on the road and how to reduce your chances of suffering one.

While you’re waiting in a long line during a traffic jam, sometimes it’s very tempting to merge into the other lane that always seems to go faster than the one you’re currently waiting for. On other occasions, you may need to overtake another car on the highway to arrive at your destination more quickly. In either scenario, you may be at risk of suffering a sideswipe. Note that if you’re planning to pass another slow car while driving through a two-lane highway, you may only go over the speed limit by 10 or 15 MPH in most states.

Several factors can appear at once during a merging traffic accident. For instance, the driver merging into the lane may not have noticed the other vehicle approaching, there wasn’t enough space for the driver to change lanes, one of the drivers was tailgating, or either party involved was not following traffic laws. In any case, contacting law enforcement to get a police report of the incident and take photos of the accident’s aftermath are crucial steps to follow, once you have called for urgent medical assistance if needed.

Drivers face a complex scenario when three or more vehicles get involved in an accident. The magnitude of these collisions can wildly vary between cases. Still, the most common scenario happens whenever two drivers collide with each other and the remaining parties are unable to react on time. The worst cases of chain-reaction crashes recorded in history worldwide have involved hundreds of vehicles at once, each with varying degrees of damages and injured people. When these accidents happen on highways, the involved vehicles are at constant risk of getting hit by other drivers at high speed, and the situation gets even more complex when affected vehicles roll over or “pile up,” making it difficult for survivors to escape.

The causes behind multi-vehicle accidents on highways can be attributed to low-visibility conditions, hazardous weather conditions like black ice, or human error. However, proving a driver’s negligence in these cases is extremely difficult for investigators, so generally, if the first vehicles involved in the accident belong to a company or from a state department, it’s likely that the victims can file personal injury lawsuits against the business owner and the government.

Side Impact or T-Bone Collision

Whenever a driver is waiting at an intersection without traffic lights, and they’re not sure who has the right of way, they should always be precautious when moving forward. Side impacts, also known as t-bone collisions due to the shape created by the cars involved in the incident, happens whenever two vehicles collide with each other perpendicularly. These types of accidents are far more common at intersections where the guilty party doesn’t respect traffic lights or infringes other laws like speeding or driving under the influence.

Cars are often rendered useless after a side-impact collision since the car frame sustains a serious amount of damage during the accident. Salvaging your vehicle’s structural integrity may be almost impossible depending on the other car’s impact and whether your car collided with other objects on the road. Due to the nature of this type of accident, victims can suffer serious injury or instant death. Contacting a car accident lawyer in these situations can help you manage the following processes without feeling the stress of following up on several processes at once to seek compensation for damages and medical expenses. Fatal accidents often follow up lawsuits against the guilty party to pay for emotional distress and trauma caused to the deceased’s loved ones. 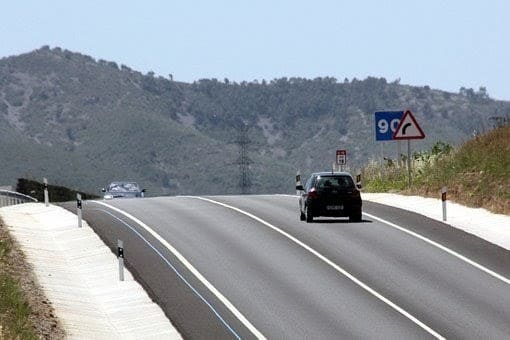 Another common accident you may face while driving may happen without the intervention of other drivers. Single vehicle accidents frequently happen everywhere, from small incidents at parking lots to head-on crashes. Contrary to popular belief, these types of accidents aren’t always the driver’s fault. For instance, the car may have manufacturing defects with poor alignments or faulty brakes. An animal or person crossed the street unexpectedly, so the driver had to react quickly to avoid hitting them, or the road presents malfunctioning traffic signs or poor conditions.

In the latter case, potholes can cause serious damage to any vehicle, ranging from tire punctures to the costly exhaust system and suspension damages. In those cases, drivers trying to avoid these pavement depressions are more at risk of losing control of their vehicles if they’re not careful. The worst-case scenario for drivers is losing control of their vehicles and rolling over or directly colliding with a light post, tree, or even a building or wall. Head-on accidents tend to always result in fatalities since, depending on how fast the car was going at the time of the accident, sometimes the airbags may not have enough time to activate properly.

How to Minimize Danger on the Road

Driving lessons engrain the importance of following traffic laws to its students from the first lesson. Even if you have thousands of miles accumulated in your personal log or their main source of income comes from driving, you should always follow basic safety precautions when driving. Here we share some basic considerations that can make a big difference if you’re ever involved in an accident while on the road.

Learning about the most common road accidents can help you identify potentially dangerous situations while driving, which in return will make you act quickly to avoid an incident. Being involved in any type of vehicle accident can become a traumatic and uncomfortable experience, especially if your quality of life is seriously affected by the events and your property is totaled in the process. Therefore, always keeping your attention on the road and your surroundings is crucial to ensure every trip, no matter how long or short it lasts, is always secure and uneventful for you and your passengers.