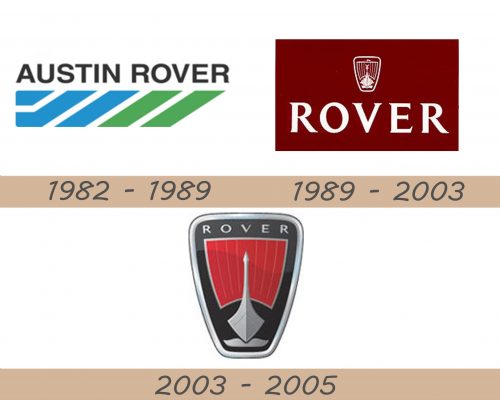 Founded in 1878 as a manufacturer of bicycles, Rover produced its first automobile in 1904. It was a Rover 8 model that laid the foundation for the company’s successful future in automotive industry. Rover went on to become a major car manufacturer in the United Kingdom. However, despite solid engineering developments, the company struggled financially and had to sell its shares to various manufacturers throughout the history.

In 1967 Rover merged with British Leyland Motor Corporation, and the partnership ended in creating an icon of luxury off-road vehicles, Range Rover. In 1979 Rover signed a partnership agreement with Honda Motor Company and started to use the Japanese technologies in its vehicles. Hard times followed and the company saw its shares sold to different owners. Austin Rover Group was founded in 1982 and Rover started producing the famous Mini cars.

The Rover Group was founded in 1988 and the company launched several models based on Honda powertrains. In 1994 Rover was taken over by BMW, which marked the end of a difficult but glorious history of the marque. In 2000 BMW sold Land Rover brand to Ford Motor Company, and the Rover brand to Phoenix Consortium, leaving the promising MINI. The remnants of the company’s intellectual property were later sold to Chinese automotive giant SAIC, which started producing passenger vehicles under Roewe name. The Rover name is currently owned by an Indian manufacturer Tata Motors.

Throughout the long history of ups and downs, Rover has used emblems, based on the Viking theme. As long as Vikings were probably some of the most notable rovers of all time, it was the Viking’s head that became the first emblem of Rover products. As the shape of radiator grills changed at the beginning of last century, the shape of the emblem had to change as well.

It became triangular and the Viking longship was selected as the brand’s new emblem. It had many variations throughout the history, but red, black, golden and silver colors composed the palette used in most of them. The Viking ship, seen from the front, typically featured golden or silver body and red sails.

The emblem was often seen on black background, adorned with golden or silver frames. The latest version, used from 2003 to 2005, saw the Viking longship become silver with red sails. It remains unclear whether we will ever see this iconic logo again on new vehicles. 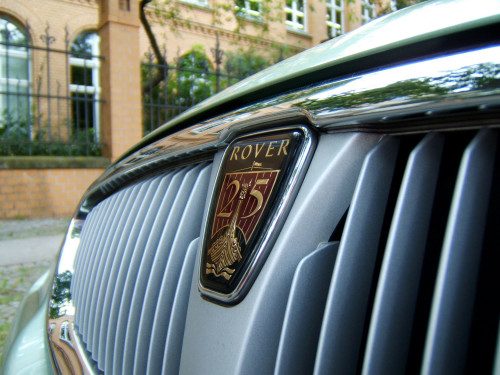 The last Rover emblem, used before the company’s discontinuation in 2005, featured an iconic Viking ship with silver body and red sails. The image was placed on black background, framed with silver border. Rover inscription in silver letters, put just above the sails, completed the logo. That emblem was a minimalistic version of the company’s trademark symbol.

Shape of the Rover Symbol 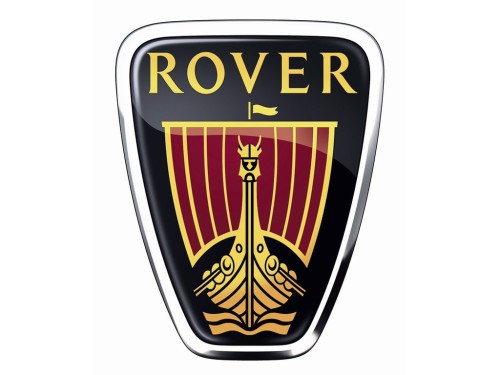 For the largest part of Rover history, its logo featured a shield shape, and was also designed to represent a Viking ship. These two concepts often merged to depict both shield and ship in one emblem. The latest logo had a distinctive ship, embedded into shield-shaped background. The Rover inscription is made in custom font.

Color of the Rover Logo

The last Rover emblem was designed in three colors: silver, red and black. The silver boat with red sails was placed on black background. That was the first design in a long time featuring silver boat as the large parts of the boat used to be painted in gold color before. 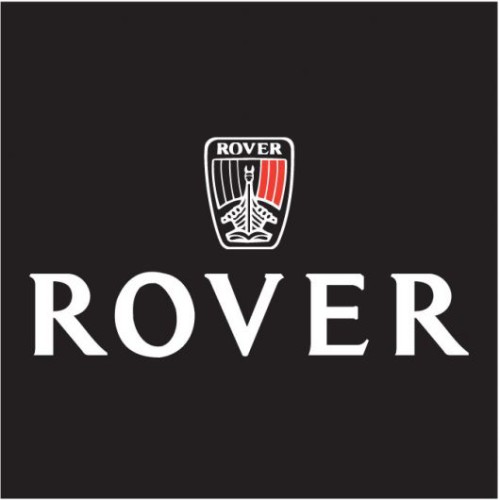 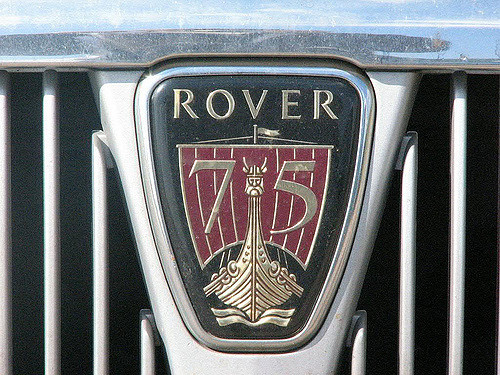 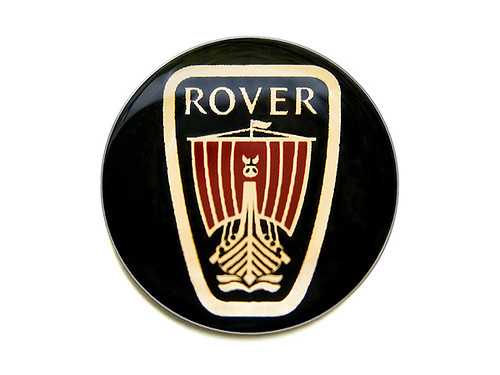 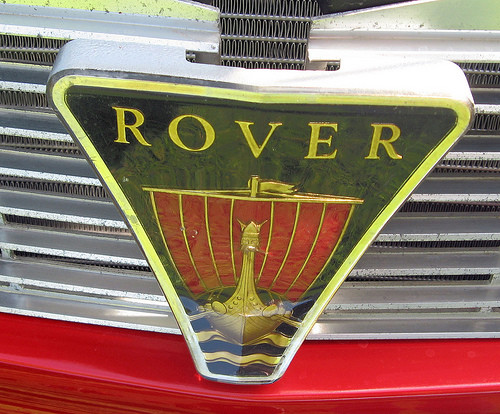 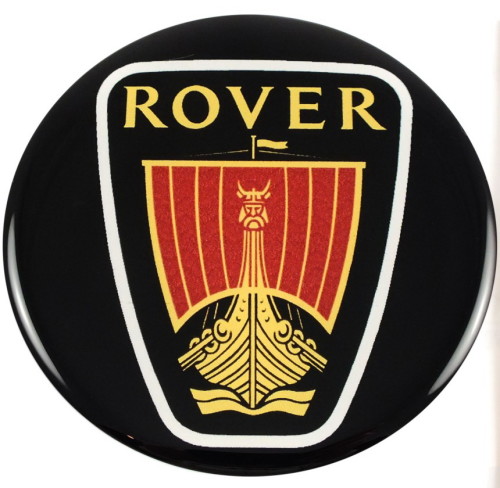 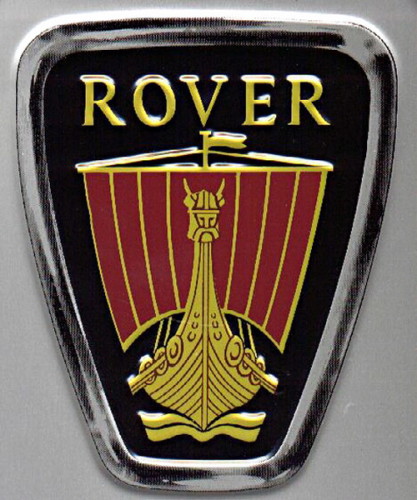