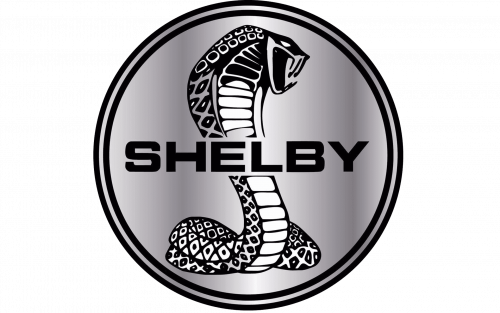 Shelby American, known simply as Shelby, is the brand of performance-cars, established by the famous engineer, Carroll Shelby in 1962. The most well-known models of the brand are Cobra and Shelby Mustang, created for automaking giant, Ford.

The Shelby logo is probably one of the most recognizable car logos with animalistic themes in the world, as it uses Cobra as the main character of the visual identity, which is very rare for the industry.

The snake was chosen after the success of the Shelby Cobra model in the 1960s and has always been a part of the bran’s logo, reflecting uniqueness and individuality. 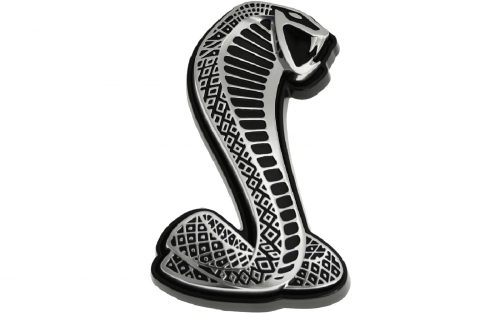 The emblem of the luxury automaker is composed of an image of the cobra snake with its mouth open, ready to attack. The reptile is placed inside a double circle outline and has a red bold nameplate overlapping it.

The black, white, and red color palette of the emblem is a reflection of passion and power, and when placed on the cars it turns dark silver, evoking a sense of reliability and excellence.

The red nameplate in all capitals is executed in a strong geometric sans-serif font, which brilliantly balances the smooth contours of the snake, and dilutes elegance with a touch of brutality and power. 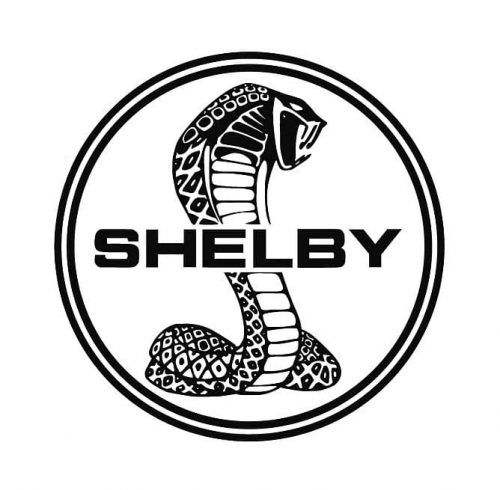 The serpent from the Shelby American logo concept symbolizes danger and strength. Cobras attack fast and it is not easy to catch them, this is what the brand creators wanted to show with their logo — extremely high speed and lack of competitors on the market.

The snake is executed in detail yet looks modern and sleek, reflecting the company’s value of exclusive design and top-notch technical ”stuffing” of their cars.