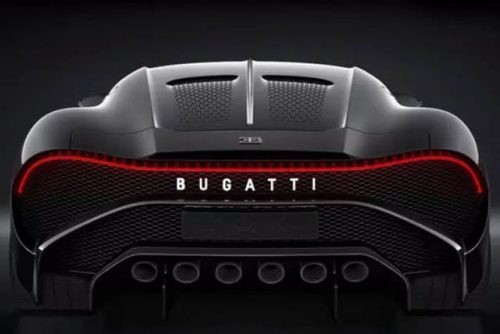 This article describes the most expensive car brands manufacturing the highest-quality vehicles.

First, we will discuss some of the most expensive vehicles ever introduced by any car brand in the world.

After that, we will give a list of luxury brands with a somewhat different pricing policy. In this part of the rankings, you will see the makes and models that are more competitive on the market.

Some car makes are known for their exceptionally expensive vehicles costing millions of dollars. For instance, we can mention the following models:

Now as we have listed some of the world’s most pricy cars, let’s switch to the cars that belong to the luxury segment but are competitive on the market.

We have placed Porsche on top of the list as it produces several top-rated sports cars and SUV models, boasts exceptional dependability, and has been raising the quality of its products for more than 50 years. Porsche possesses probably one of the most expensive car brand logos as it has rich heritage and is recognized around the globe.

Some of the most known cars include:

The Panamera is known for its robust and refined engines, exceptional ride quality, spacious seats, and generous cargo space. The 2019 version has a head-up display.

The model has always been known for its outstanding agility and powerful engine. It provides a cushioned ride. The 2020 version has been completely redesigned. The manual transmission is no more available.

The reasons for buying the car include its powerful engines, top-notch interior, outstanding handling, and spacious seats.

The robust powertrains and decent handling have been among the most attractive features of this model, together with the sophisticated cabin and good reliability rating. The 2019 model does not have any major updates.

Outstanding handling and acceleration are the two features that can be found in any vehicle made by BMW, which is one of the most expensive car brands. In addition to it, these cars have proved to be exceptionally reliable in comparison with other luxury cars. They have also been praised for the in-car tech features and the high-end materials used even for the vehicles that cost less than an average BMW car.

Some of the most known luxurious models include the following ones:

The brand-new model introduced for 2019 provides a classy interior, plenty of power, a smooth ride, and user-friendly technology.

The model was totally redesigned after a three-year hiatus. Some of its benefits include great turbocharged engines and high fuel efficiency, as well as spacious seating.

For most of the years the brand has been present on the market, it has been known for the top-notch interiors and powerful engines. The company typically introduces innovative upgrades for its models more often than its competitors.

The super luxury car boasts a world-class interior and some of the most comfortable seats and ride. The lavish features list and powerful engines only reinforce the overall impression.

Among the features making this model pretty awesome are the impressive lineup of engines, easy handling, the materials and design of the cabin, as well as the fuel economy. In 2019, the brand introduced a four-door coupe variation.

While the model provides strong engines and a smooth ride paired with great seats and decent trunk capacity, there are also a couple of notable drawbacks, including the somewhat poor insulation of the outside noise. In 2019, Mercedes-AMG SL 65 trim was dropped.

Many criticize the model for the interior. Also, in terms of the overall performance, the car is overshadowed by other models from the Mercedes-Benz lineup. In 2019, the carmaker provided the AMG SLC 43 with additional horsepower and made the dual-zone climate control, adaptive headlights, and automatic high beams standard in the AMG version.

What makes so many people love these cars is that they just feel well-rounded. Starting from the agile handling and the quality interior to the great balance between power and fuel economy, Audi provides what consumers are looking for. Among the most known models are the Audi A5, the Q5, the Allroad wagon, and the A6.

Known for its intuitive dual-screen infotainment system and a roomy interior, the car can be placed in the middle of the super-luxury car class.

While the model boasts a pretty interior, provides a comfortable ride and a state-of-the-art infotainment system, it is behind its rivals in terms of the engine power and predicted reliability ratings. The new features on the 2019 model include seven-speed automatic transmission (instead of the six-speed one) and standard wireless phone charging.

The spinoff of Hyundai, Genesis was originally supposed to offer an affordable alternative to expensive car makes from Europe. And yet, it would not be that easy to find any sings of cost-cutting in the models it currently manufactures. Everything, from the interiors, tech and safety features to the engines, is pretty impressive.

Genesis is most known for the three high-end sedans, including the G90, G80, and G70. The company is going to add a new SUV model to its range before the end of 2020.

In spite of the problems the brand went through several years ago, it has now returned to the record sales. The cars are most known for the elegant styling – both inside and out, as well as improved safety, and a variety of active safety features.

One of the brand’s most expensive models, it is very spacious and has an elegant interior known for the quality materials. There are a lot of standard safety and tech features.

The high-end interior, which is characteristic for Lexus, is combined with peppy powertrains, a variety of features, which come both as standard and optional, as well as impressive predicted reliability rating.

The interior, impressive front seats, and polished, spirited powertrains are the benefits of the model, while the small trunk and the weak fuel economy with base V8 engine are the drawbacks. In 2019, the model was enhanced with the Standard Apple CarPlay, Amazon Alexa, and a Wi-Fi hot spot.

The iconic marque has refreshed its range providing a better driving experience and self-driving capabilities, which has made it even more popular. However, the brand had to cancel such models as XTS and CT6 sedans due to lower demand.

In spite of the roomy cabin and well-rounded performance, the model has lower demand partly because the handling and interior quality do not match those of its competitors.

While the make is most known for its sports cars and luxury sedans (for instance, the F-Type and XE), it also produces impressive SUVs. The vehicles are somewhat behind their rivals in terms of predicted reliability.

The powerful engines and agile handling are the benefits, yet these cars cannot boast the same level of lavishness as most competitors.

While the F-Type may pretend to be just a sleek two-door, in fact, it is a beastly sports car. It has a responsive, poised handling and fuel-efficient base engine, but the seats appear too small and the cabin is not as classy as that of many rivals. In 2020, the model got Apple CarPlay, Android Auto, and front parking sensors as standard features.

The carmaker produces a full line of cars, trucks, and SUVs. The closest rivals are Ford, Toyota, and Honda.

This car has outstanding power and handling, as well as comfortable seats and large trunk. And yet, the mpg ratings are lower than those of its class rivals. The 2019 update includes the reintroduction of the ZR1 trim.

While the older cars bore a disturbing similarity to Honda models, the current Acura lineup is more unique, partly due to the characteristic cabin design (specifically, the pentagon grille). While the RDX and MDX SUVs are exceptionally popular, the sedans are somewhat less impressive.

The exquisite and quick powertrain is combined with superb handling, responsive suspension, steering, and brakes. It is also a pretty spacious model. The quality of the infotainment system and the lack of options and customizations are among the drawbacks. Some of the innovations for the 2019 version include improved suspension and steering.

The products of Ford’s spinoff have been growing more and more popular recently. The most in-demand models are probably the new luxury SUVs, including the Navigator, the Nautilus, and MKC SUVs.

The Land Rover Discovery and Discovery Sport are known for their outstanding off-road capability. Taking into consideration the quality, the price of the cars is not as high as it could have been. In addition to the great off-road performance, the SUV lineup (specifically the Velar, Sport, and full-size Range Rover) also boast rich cabin materials and a variety of tech features.

Apart from the impressive off-road capability, cushioned ride, and powerful engines, the Range Rover is known for the spacious seats. On the downside, the model has subpar predicted reliability ratings, while the infotainment system is not really intuitive. The brand introduced a plug-in hybrid version in 2019.

All the three models Alfa Romeo currently manufactures (the 4C, the Giulia, and the Stelvio) boast responsive handling and powerful engine. They are praised for their unique styling.

While the model is known for the impressive handling and acceleration as well as decent fuel economy, it has too little cabin space and tech features. The interior is not as posh as that of its rivals. In 2019, the carmaker discontinued the coupe body style and made cruise control, a rearview camera, and rear parking sensors part of the standard package.

While the spacious, supportive seats and powerful engine make this car pretty attractive, it has been criticized for the comparatively low-quality infotainment system and cabin. In 2019, the brand discontinued the hybrid model.