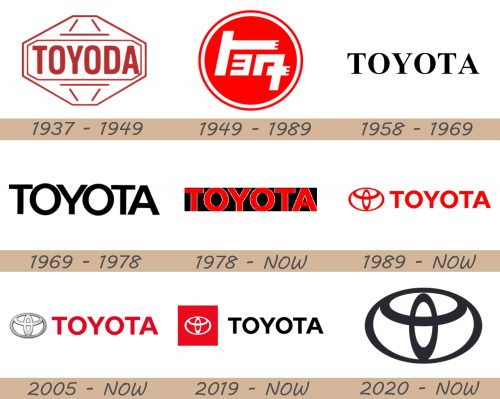 Toyota is one of the largest japanese car companies in the world and the leader in automotive industry. Its logo is one of the most recognizable global emblems and is associated with exceptional reliability, innovation and great value. Yet, the famous oval logo was only introduced in 1989. 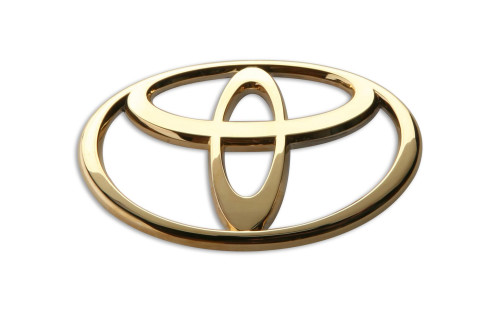 The first emblem that appeared on Toyota cars in 1936 was the last name of the founder, Kiichiro Toyoda, in red letters, embedded into what seemed to be a diamond figure. Ten years later it was replaced with the ‘Toyoda’ word, spelled in Japanese, in a red circle. This sign remained active in domestic market through 1989. However, with the company’s expansion to foreign markets and North America in particular Toyota was looking for a universal logo to consolidate the brand image.

From 1958 a simple ‘Toyota’ sign was placed on the cars sold around the world. It only went through minor changes before the launch of a universal ellipse-shaped emblem we all know today. Introduced to celebrate the company’s 50th anniversary, the new logo was intended to bring Toyota a solid image throughout the world. Following the Japanese cultural traditions, the new logo was both simple and meaningful. Two overlapping ellipses symbolize the hearts of the customers and the company united in respect, trust and partnership. They also form a ‘T’, standing for Toyota.

The emblem is completed with a bigger oval, circling the other two to reflect the world embracing Toyota. Besides, all of the ellipses are designed with various brush strokes, paying tribute to Japanese calligraphy craft. The space between the ovals is meant to symbolize the infinite values, cherished by Toyota. Excellent quality, reliability, environmental concern and innovative technologies are among them.

Toyota logo is designed in horizontally symmetrical shape to make it recognizable and invariable when seen both head-on and through rear-view mirrors.

Cars bearing this logo have propelled Toyota to commercial success and won millions of loyal customers around the globe.

Toyota logo is known worldwide as a combination of three ovals. The two overlapped inner ovals represent connection between the hearts of the customers and the heart of the company as well as mutually trusted relationship between them. Graphically they also symbolize ‘T’ for Toyota. The two ovals are embedded into a large ellipse that stands for world embracing Toyota.

Shape of the Toyota Symbol 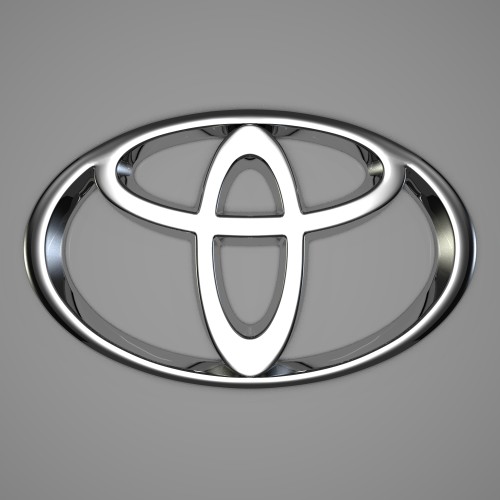 Toyota emblem consists of three horizontally symmetrical ellipses combined in a single configuration to bear the corporate values. This symmetry makes the logo recognizable both from the front and when seen through rear-view mirrors.

Color of the Toyota Logo

The corporate Toyota logo is designed in red color on white background, which is an attractive and eye-catching combination. However, the logo seen on most Toyota cars is all silver, with gradient shades. This is an elegant and modern option, typical for most car manufacturers. The hybrid models feature the silver emblem placed on black font with vivid blue shades. 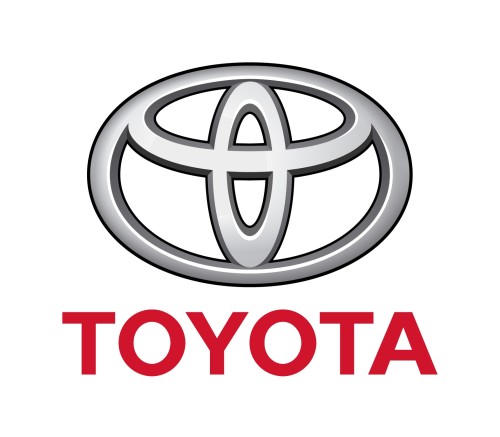 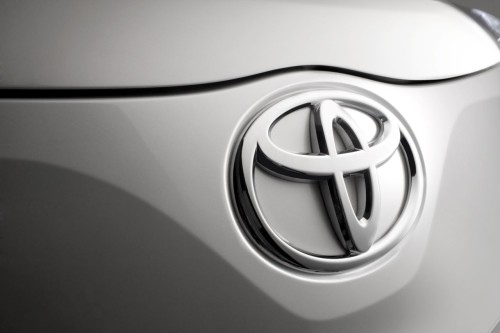 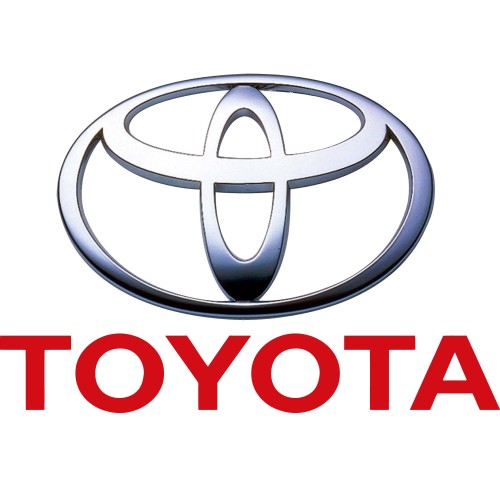