Which Sports Star Has the Best Car? 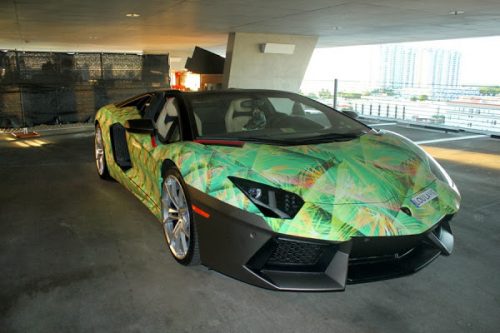 For many athletes, the chance to drive a stunning, glamorous vehicle is one of the top perks of their success. If we look at some of the world’s top stars, we can see an incredible collection of cars in their garages, but which one is the most spectacular out of this list?

Brady’s amazing career has seen him win a record total of 6 Super Bowls and be rated as arguably the best NFL quarterback of all time. When it comes to driving, the Tampa Bay Buccaneers star appears to prefer style and comfort over sheer speed these days.
It was reported earlier in 2020 that Brady was selling his stretched Cadillac Escalade ESV that he bought for $350,000. This massive vehicle comes with electric reclining seats and leg rests, Wi-Fi connectivity, and a 32-inch TV. He has also been spotted driving a sleek Audi R8 worth over $160,000.

Possibly the best car in the NBA belongs to maybe the best player on the NBA expert picks: LeBron James. The Los Angeles Lakers star is one of basketball’s top names and he has driven an eye-popping collection of vehicles since he joined the Cleveland Cavaliers in the 2003 NBA draft.
Perhaps his most stunning car is the Lamborghini Aventador that matches his shoes. Priced at around $670,000, the sports car has a paint job that ties in with the design on the King’s Pride floral shoes that carry his name on them.

The goaltender for the New York Rangers is no stranger to head-turning vehicles. Born in Sweden but playing in the NHL since 2005, Henrik Lundqvist is one of the finest and most easily recognizable players in ice hockey. If you know how to bet on NHL hockey, then you will know how difficult he is to score against.
In terms of getting around in style, he does this in a gorgeous Lamborghini Gallardo that has been customized to match his personality. When asked about driving in a recent interview, the goalie mentioned using a “big SUV “to get to training and to transport his kids around. He also said that he rides a Porsche Panamera whenever he goes back to Sweden.

The list of achievement by tennis star Serena Williams is hugely impressive. She has won more Grand Slams than anyone else in modern times and has been the world number 1 for a total of 319 weeks. What kind of car does a top athlete like this drive?
She is a brand ambassador for the Lincoln Navigator, which was her first ever car. More recently, Williams has been seen in a $320,000 Bentley Supersports, an Aston Martin Vanquish, and a Mini Cooper. The latest addition to her collection seems to be a Bentley Continental GT worth close to $200,000.

The New York Mets star loves getting behind the wheel of fast, eye-catching cars. He won a Chevrolet Corvette Grand Sport back in 2017 when he was named as the Most Valuable Player in the All-Star Game in Miami. However, this sports car isn’t the most incredible vehicle he has ever driven.
The second baseman from the Dominican Republic also has a Ferrari 458 Italia that has been modified with a gold finish to give it a wet mirror look. He has been pictured with a Porsche Panamera and a variety of other gorgeous cars over the years.