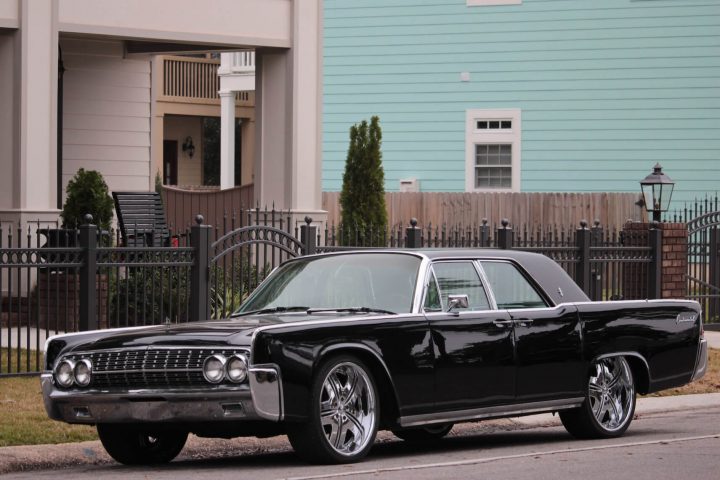 For more than half a century, the Lincoln Continental has been the most recognizable product of the American auto brand. The name itself is a direct reference to Americans’ long-standing fascination with Europe. Since the beginning of the twentieth century, the adjective “continental” has come to mean “European style”, in a good sense. This cultural phenomenon will become clearer with a mirror example if we remember the more tangible fascination of some Europeans (including those in Ukraine) with the American way of life: grills, cola, jeans, “country” music, pickup trucks, and so on. For Americans, all this is just a local and can get boring, but, say, the French style looks exotic, “continental chic.

This model is still considered legendary, and Continentals from the 1940s-1980s periodically pop up at online auctions. In 2020, for example, a Lincoln Continental Mark VI, which was assembled back in 1980 and is celebrating its 40th anniversary, went up for sale online. For the car are asked an impressive amount of 27,900 dollars. By the way, for about the same money you can buy a new Lincoln Continental. And you can see the prices for used Lincolns here.

The model line was named Continental because of its design, elements of which were created in the fashion of the European “Continental” style, including the rear-mounted spare tire. 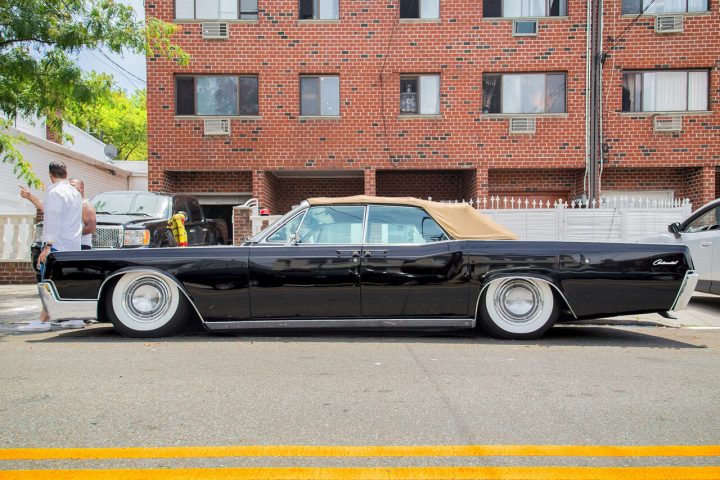 Lincoln produced the Continental for over 55 years and produced ten generations of the eponymous brand. The Lincoln Continental lineup included models of many different trends and styles, from the flagship to the base sedan. From 1961 to 1976, Lincoln sold the Continental as its exclusive model lineup. The lineup also took three pauses. From 1949 to 1955, the factory nameplate was briefly retired. In 1981, the Continental has renamed the Lincoln Town Car.

It is the fourth-generation Lincoln Continental that is most often seen in the movie industry and prized among car collectors.After the rounded, classic lines of the middle of the last century, designer Elwood Engel proposed a completely new style for the Lincoln Continental that would later become the very, recognizable style long used by American automakers.

The novelty was to combine the best not only from previous generations of Continental but also other models of the brand (Capri, Premier).It is noteworthy that initially the development was not intended for this model at all, but for the Ford Thunderbird. Subsequently, a slightly modified version formed the basis of the new Lincoln Continental. It is worth noting the importance of Mr. Angela not only for the development of this model but also for the automotive industry as a whole.

Historians claim that it was the last complete development of the entire car by one man. Naturally, we are talking about a mass-produced car. Elwood Angel did not ignore any of the attributes of the future car, even down to the dashboard.The design of the fourth-generation Lincoln Continental won several renowned awards. Subsequently, many hinted at similarities in the design of the Continental and two 1963 cars, the Cadillac and Buick Electra.

The most recognizable feature of the fourth-generation Lincoln Continental has always been the option of opening the rear doors forward (suicide doors). And if you think this was done purely for aesthetics, you’d be wrong. The idea was completely practical and reasonable. The wheelbase did not allow rear seat passengers to comfortably get in and out. That’s why the decision was made to hinge the doors over the rear axle of the Continental.

From the first year of the fourth generation, the Lincoln Continental came off the assembly line in the four-door version. Up until 1966, this rule applied to both the hardtop and convertible. For the brand, it was the first postwar four-door open-top car. 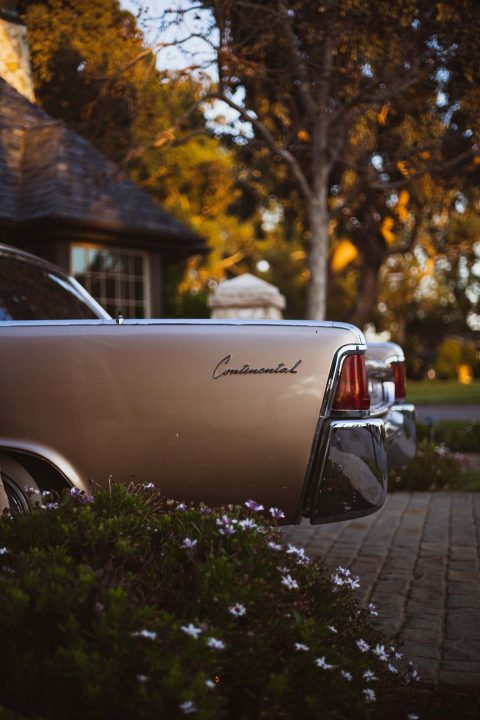 The Lincoln Continental’s reliability was so high that the manufacturer allowed itself the luxury of offering future owners a two-year, or 39,000-kilometer mileage warranty for free repairs. Not the least part of Ford’s confidence was the power plant used in the Lincoln Continental. The engine used for the model was an eight-cylinder. The volume was impressive for those times 7 liters. The transmission was available in two versions. Both were three-speed and automatic, the only difference being that one used the Turbo Drive system, and the second was in the C6 variant.