How close are we to self-driving cars? 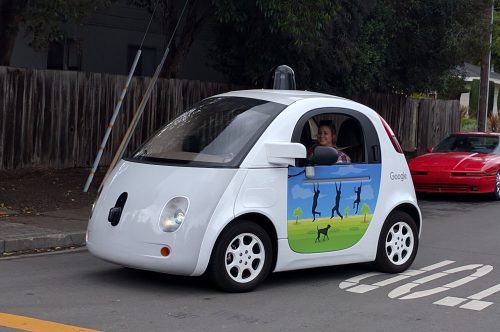 One of Google’s driverless cars
Photo by Grendelkhan

There has been a lot of excitement in the last few years over self-driving cars. This, of course, has been thanks in no small part to the incredible innovations of Tesla Motors. But even with all that advanced technology now in our cars, are we really any closer to a truly autonomous vehicle?

In truth, we all thought we’d be much closer at this stage but true self-driving cars have yet to be seen on our roads.

So how close are we really to self-driving cars?

Surprisingly enough, despite all the furor surrounding autonomous vehicles, there are very few self-driving cars on the road right now. Yes, we have Tesla’s self-driving capability under certain conditions, but the idea that we can hop in the car, tell it where to go and then go to sleep is a long way off.

In fact, it may be a very long way off indeed.

However, that’s not to say that we won’t benefit from self-driving technology in the meantime. Did you know that currently, the odds of a bus driver’s job becoming automated stands at an incredible 88.8%? In fact, in some cities across the globe, there are already driverless buses in operation. In 2018, a driverless bus made its debut on the streets of Dublin, while in August 2019 both Germany and Singapore trialed driverless buses. 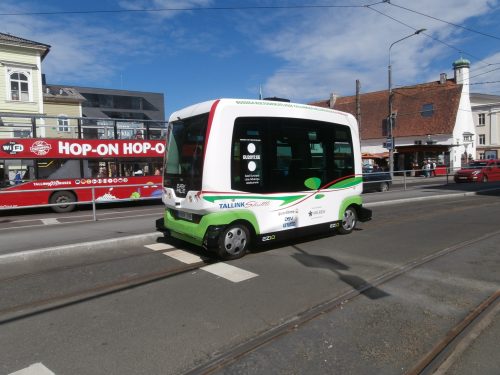 A driverless buss in Tallinn, Estonia
Photo by Pjotr Mahhonin

Public transport is slightly different to private transport, though and these buses follow specific routes each and every day. The only difference between them and the driverless trams we see all across the world is the absence of a track in the road.

This means that there’s a definite element of safety about self-driving public transport that private cars simply cannot offer. They stay on the same route running at precise times of the day – in other words, they’re predictable.

The problem with autonomous cars

This is where the privately owned autonomous vehicles hit a major obstacle. They can drive anywhere at any time of the day and on any type of road. This makes them much more susceptible to error and places more obstacles in their way than something like a self-driving bus would face.

Then there’s the issue of jobs. Taxi drivers, in particular, will be most affected by autonomous vehicles. If privately owned cars can self-drive through traffic and take a person to and from work away from the designated routes that public transport must stick to, then taxi drivers may lose their jobs.

And not just taxi drivers but Uber drivers, food delivery drivers, and even delivery drivers for courier services and the postal service. The prospect of these people losing their jobs is another aspect that politicians and lawmakers must take into account before they allow autonomous vehicles to have their day. And as you can imagine, they won’t want to upset the voting public.

The possible loss of jobs along with the safety issues relating to autonomous vehicles navigating traffic are major drawbacks, but perhaps the biggest drawback of them all is the fact that the technology isn’t quite there yet. Artificial intelligence has come a long way in recent years, but it is still just in its infancy.

While there have been extensive road tests to determine the safety of AI-driven cars, it’s still not quite there in terms of absolute safety for both passengers and pedestrians. It should only take a few more years to reach that point, which is when carmakers will have to start convincing the general public that their self-driving cars are indeed safe.

And that brings us to our final reason why self-driving cars are quite some way off – public opinion. If we divide the general driving public into three categories, you’ll see just how big an issue this could be.

The first segment of the public are the technophiles who will embrace autonomous driving technology without question. No issues there.

The second segment are the doubters. These are the people who don’t trust machines and who feel that every step we take towards an autonomous society brings us closer to a Hollywood-style Terminator apocalypse. These people will be extremely hard to convince and are the most likely to lobby their local politicians for strict regulations on the use of autonomous vehicles.

Lastly, we have the petrolheads. The people who love to drive for the sheer joy of it. While some in this segment may be convinced to use the technology on occasion, the vast majority will want to retain control of their car at all times.

In truth, it’s these two groups of people who will slow down the self-drive movement more than any technological obstacles. With a little luck, however, the industry will move forward sooner rather than later. Imagine what it would be like to call your car and have it pick you up? Michael Knight eat your heart out!