Things To Look For When Buying A Used Car

The used car market is an excellent place to stretch your dollars and get more car for your money. Since vehicles depreciate rapidly, buying a car that is a few years old can protect you from some of this depreciation.

However, a used car is still expensive. When you purchase a new vehicle, you have the advantage of the warranty protection that comes with it. If something fails with the car, there is coverage that keeps you from losing your entire investment in the vehicle.

On a used car, the repairs come out of your pocket. If you have an engine failure on your used car, you are required to foot the repair — even if you still owe debt on the car.

Using a bank loan to buy a used car makes it a more calculated risk. Here are some things to look for to help tip the balance into your favor.

Mileage is one of the first determining factors in a car’s lifespan. If you have a car with 200,000 miles on it, you can guess that they have taken good care of it.

However, it is also likely that it was well cared for up to 180,000 miles. At that point, the original owners likely sold their high-mileage vehicle to people who did not take as good of care of it.

So try to ask questions about the history of the vehicle. Even if it is a high mileage car, if you can deduce that it has been well cared for, it might be worth the risk, especially since these tend to be better priced.

Sometimes a seller will try to mislead you. However, in most cases, they will be honest about the car’s history. In fact, many owners will have years and years of receipts from past repairs, and they will be proud to show them off.

Most tools for testing a car (such as an OBDII scanner) are fair affordable and can be taken with you to check the car’s current status and the reason for any existing check lights. If you are unfamiliar with these scan tools, ToolTally.com has some reviews on them. 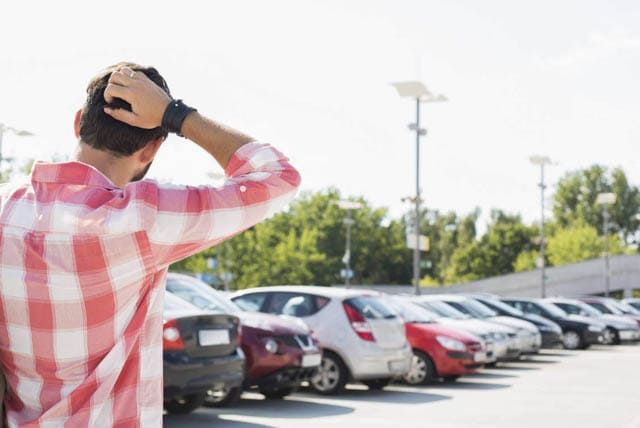 If possible, you want to hear the engine on a cold start. Engine ticks can tell you a lot about how well it was maintained.

If you hear a strong ticking in the engine, it is likely that the car has not had regular oil changes. The right car will have very little ticking, even on a cold morning startup.

When looking at a car, have the owner start it for you while you watch the muffler. A little puff of smoke is ok, but if there is a lot of white smoke, you might be seeing early signs of engine failure.

An engine should produce clear exhaust. If it is smoking, then something in the engine is leaking and starting to fail.

Sludge is harder to see since it hides inside the engine. However, if you look inside the oil cap and feel the dipstick oil with your fingers, you can get an idea of how many particles are in the oil.

The oil should feel slippery, even if it is dark.

Additionally, the engine cap should be clean without clumps of oil visible. The oil should either be dark or light tan, if it had recently been changed.

It should never be milky. Milky oil suggests extremely bad problems with the antifreeze.

It is impossible to see all sludge, but if the engine isn’t ticking loudly and you don’t see a lot of particulate in the oil, then the car is likely in decent condition.

One of your best tools for preventative car troubleshooting is the internet. You can learn from other people’s experiences.

Try using searches such as “my (car name) won’t” The Google Auto-suggest feature will show you some of the common problems with that car.

Reading those articles gives you the idea that these issues don’t typically occur until the car is at extremely high mileage, and is often either the input speed sensor or the transmission bands with repairs ranging from $85 to $800.

These searches can give you a pretty good idea of how likely it is that you will run into problems.

Transmissions are hard to test until they fail.

And then, as you accelerate slowly, how well does it shift? Diagnosing early transmission problems takes a careful ear and plenty of attention. Moving slowly through the gears can sometimes let you pick up issues more readily than you would if you floored it.

The final step is to take it up to highway speed. In most cars, you should be able to maintain 60 miles per hour, with the RPMs only around 2,000. If the RPMs insist on being higher, that may indicate that the vehicle isn’t going into overdrive.

Get The Car Inspected 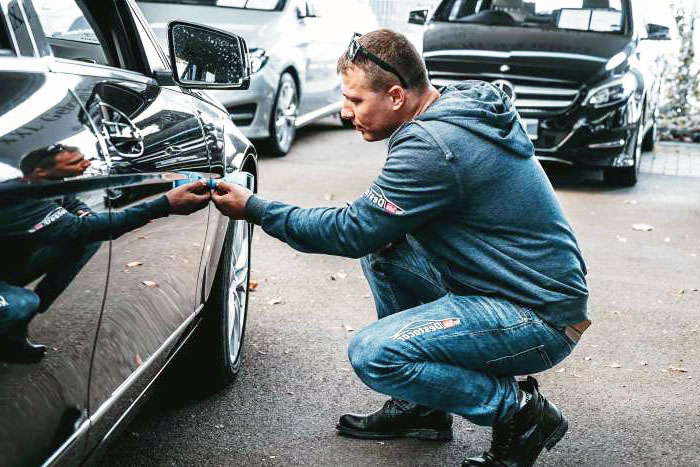 All states have a motor vehicle inspection that is required. However, you can also pay for some additional testing, such as an engine compression test.

If you are going to be taking out a bank loan to buy the car, it is worth the money to have a car inspected for additional problems, including an engine compression leak down test that looks for any significant engine problems.

These upfront tests may run around $300 but are worth it for the right vehicle.

A reputable dealer may also sell engine warranties. If they also have a repair shop with a good reputation, buying a warranty that will cover repairs at that shop can work well for protecting your environment.

All older cars will have some dirt and grime on the engine, but you want to look for more severe leak problems.

Ask the seller how often they have to add oil. Look for any containers of oil or power steering fluid they have in the car or engine bay. That might be a sign of oil leaks they are combating.

Look under the car with the engine hot to look for drips.

Also, check the back window for excessive oil residue. Sometimes a little leak will spray out of the back of the ar and get sucked up by the air behind it. You can pick up on this residue by inspecting the bumper or back window.

What States Have Lemon Laws?

Most states do not have lemon laws that protect you from buying a lemon. In the states that do have lemon laws, most of them don’t extend to private party sales.

While lemon laws are nice, you should never count on a lemon law to protect you. Unless you are buying a new car, it probably isn’t worth the lawyer fees to fight a claim.

Take A Friend With You

Two heads are better than one. Talk to a friend who has bought used cars before and ask them to come along. It can significantly increase your confidence in making the purchase.

A new car costs more, but it is better to have a little more expensive in the purchase price of the car, then to have an undrivable vehicle with a $7,000 engine failure in the garage and an unpaid bank loan.

If you are unable to get peace of mind on your ability to buy a good, used car, look into purchasing a new vehicle.