Different Types of Cars. What type of car should you get

Haven’t you ever heard an argument between an adept of sedans and station wagon enthusiast? What is a better car type available on the market? The truth is, every body style has pros and cons and it’s up to every driver to decide which one suits him better. Sedans are elegant and comfortable, but lack cargo space. SUVs have great off-road abilities, but rarely have decent handling and show poor fuel efficiency. Convertibles are breathtakingly stylish but are too vulnerable in every way. There are many body styles and you’d better weigh up everything you need from a car before taking a credit and going to a dealer as there are plenty of offers for all purposes and bank accounts. 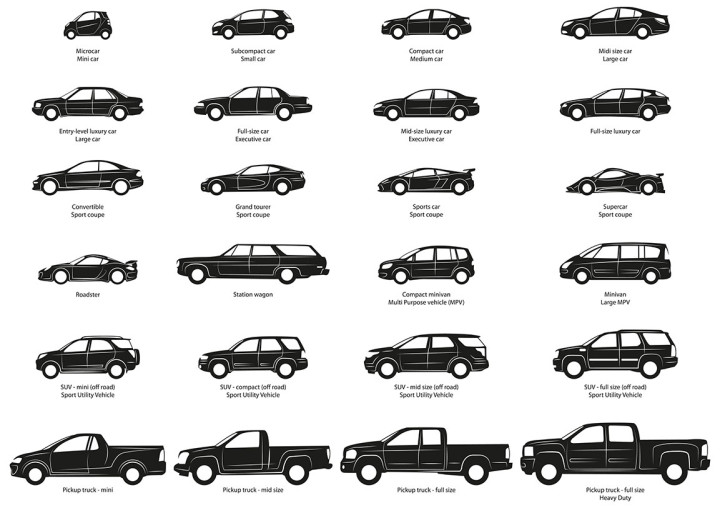 But what are the types of the cars available on the market? Obviously, there is no single classification as the cars may differ in size, purpose, price, number of doors, seats and other features. Also, there are different categorizations in North America, Europe, Australia and other parts of the world. So we are going to have a wide angle look at the most popular car types, dividing them by shape and purpose. 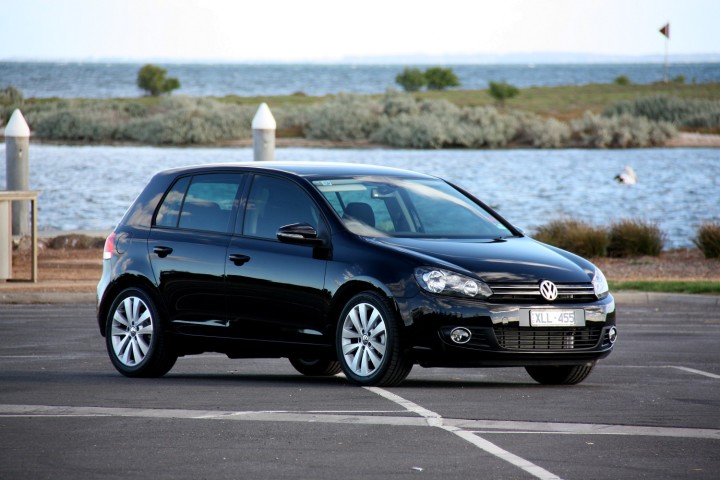 Hatchbacks feature a rear door, swinging upwards and providing convenient access to cargo space. Three and five-door options are available. The size of hatchback cars may vary form tiny city cars to large liftbacks. In most cases hatchbacks are powered by economical engines, but hot hatches are also available.

This type of cars is most popular in Europe, where the parking space is extremely limited, and fuel prices are very high. Also, hatchbacks are very practical as the second row seats can be folded down, creating a solid cargo space with convenient access through the rear door. Volkswagen Golf, Ford Focus and Mini are the examples of this car type. 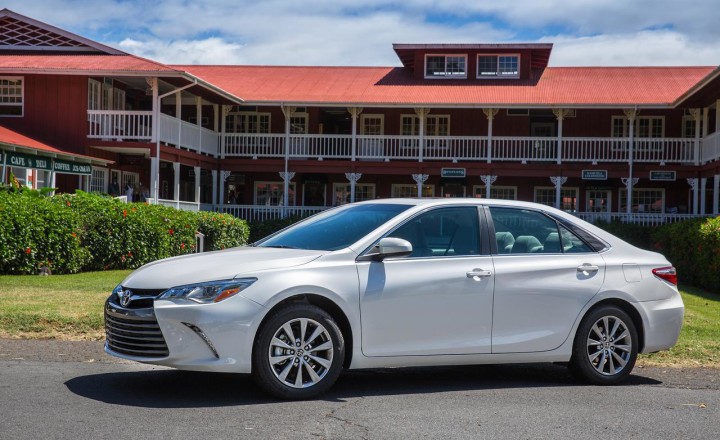 Sedan is a type of car body that features three-box layout, with separate engine compartment, passenger cabin and cargo trunk. Sedans are purposed for people transportation and are not particularly suited for cargo carriage as their trunks typically feature a narrow opening and limited space. At the same time, sedans generally have some advantage in comfort over other car types courtesy of isolated cabin, often offering better soundproofing.

Sedans differ in size and class, which leads to further classification, including mid-size, full size, executive, luxury and sports sedans. Sedan is one of the most popular types of cars all over the world, including such automotive giants as United States, China and Russia. Toyota Camry, BMW 5-series, Chevrolet Malibu are classic sedans. 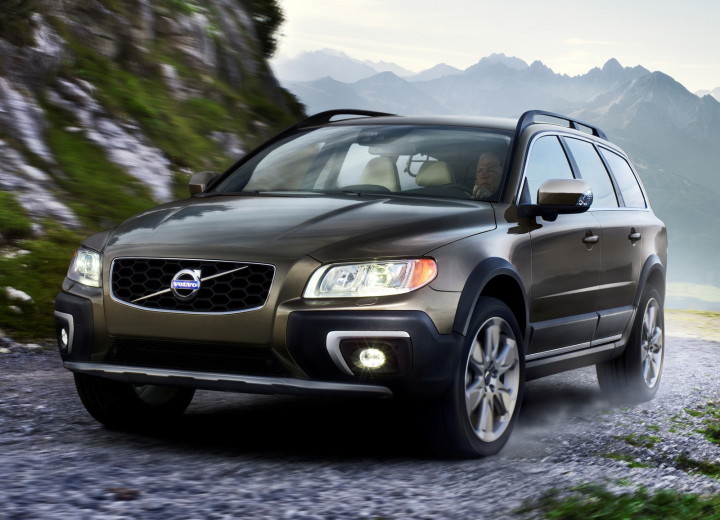 At the same time, wagons may provide huge trunk space, easily accessible through rear door. Upon folding down the rear seat row, wagons may offer transportation ability similar to that of vans. Famous wagons include Volvo XC70, Volkswagen Passant Wagon, Audi A4 Avant. 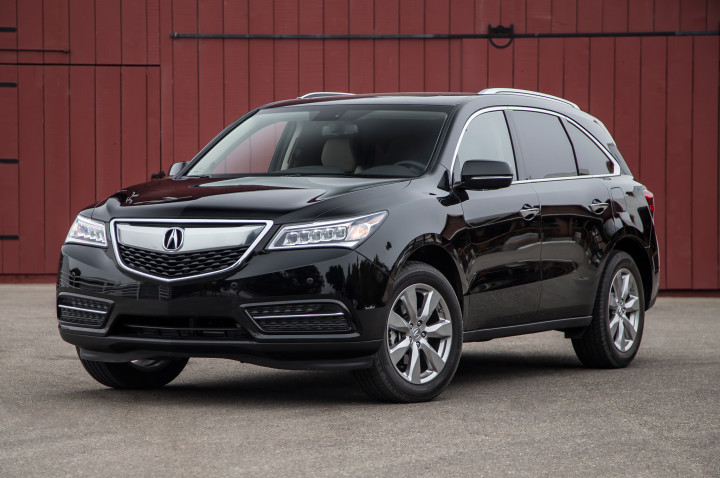 They may also be equipped with plastic body parts to give an off-road image. Although crossovers may feature four-wheel drive system, they are mainly built for public roads. Popular crossovers include Toyota RAV4, Acura MDX and Renault Captur.

Terms SUV and crossover are often confused as these body types have a lot in common, namely increased ground clearance, large wheels, aggressive exterior design. However, SUVs provide better off-road abilities as they are typically built on sturdy chassis, often borrowed from light trucks, have four-wheel drive and brutal design.

Trucks are utility vehicles typically used for commercial purposes. They feature a passenger cabin, either two-door or four-door, and an open cargo space with low sides and loading gate at the back. They are generally equipped with all-wheel drive system and provide outstanding off road performance and towing capabilities.

Trucks are extremely popular in the United States, Middle East and other regions with the need for rural activity. The most popular trucks include Ford F-150, which has been the best-selling vehicle in the USA since 1982, Toyota Hilux/Tacoma, Chevrolet Silverado. 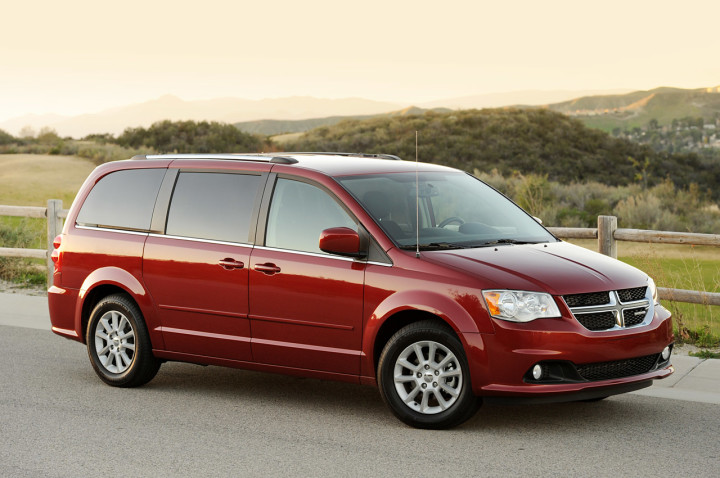 Vans, minivans and MPVs are all primarily designed for comfortable transportation of people. Commercial vans only feature the front seat row, with the remaining space used for cargo.

This class of vehicles ranges from small MPVs, such as Renault Scenic, to minivans and vans, such as Dodge Caravan or legendary Volkswagen Type 2. 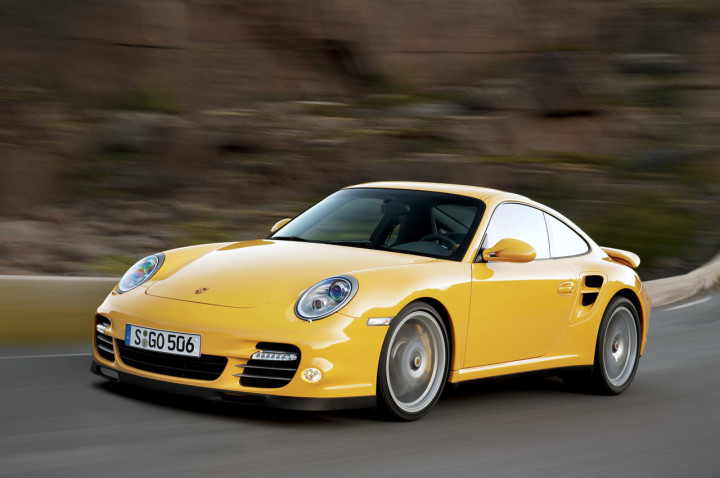 A sports car is a small, two-door car, often two-seater, featuring exquisite design, powerful drivetrain for enhanced performance and sharp steering for great handling. These cars are usually expensive and purchased as second or third cars for entertaining rides.

Regular sports cars can are designed for public roads, but can also be upgraded for racing purposes. There is no other car class where manufacturers can implement all of the achievements and best technologies available. Sports cars vary from economical Mazda MX-5/Miata to posh Porsche 911 and incredible Bugatti Veyron valued at millions of dollars. 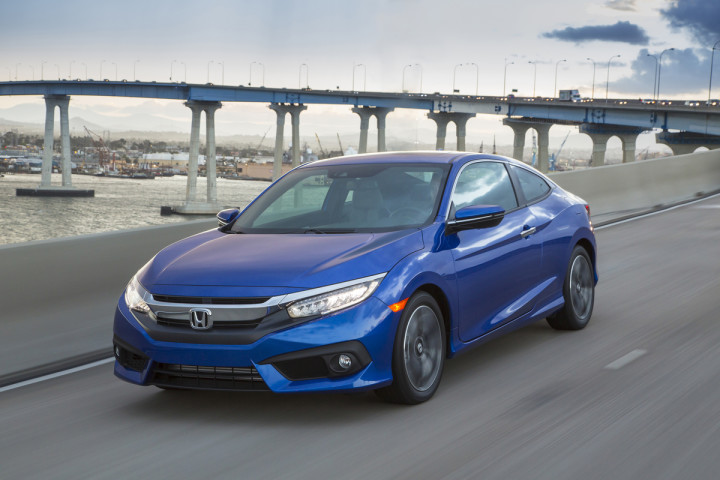 Coupe is a two-door body type, typically based on full-size sedan sharing the same platform. Coupes feature two-seat cabin or four-seat cabin with limited space in the rear row. The term coupe comes from the French definition of a cut carriage.

Coupe models often feature top of the range trim level and engines. However, their main distinction from regular sedans is edgy design. Many sports cars have a coupe body, combining design and performance-oriented drivetrain. Honda Civic Coupe, BMW 3-Series Coupe and Ford Mustang are the examples of coupes. 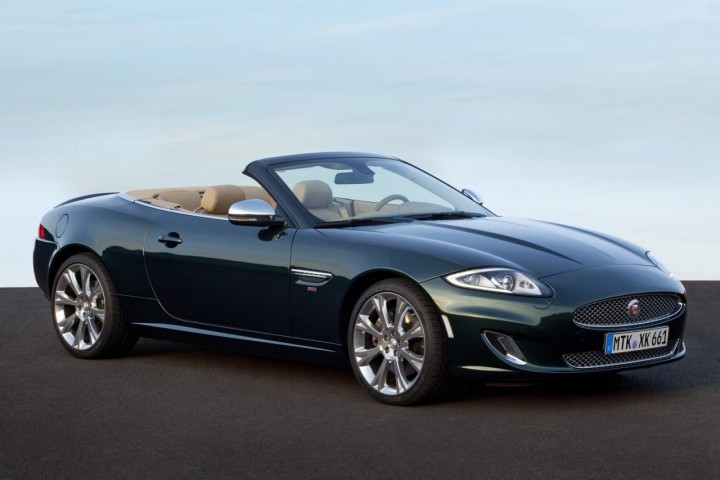 A convertible, also known as cabriolet, features a retractable roof. They are particularly suited for a driver and one passenger, although rear seats are sometimes available too. There are different types of retractable roofs, including folding textile roof, detachable hardtop or retractable hardtop. The latter is becoming increasingly popular in the world of stylish convertible cars. Cadillac Eldorado, Porsche Boxter, Jaguar XK are the examples.

Car manufacturers from all over the world introduce new models and body types to attract new customers. New models often feature blends of styles and classes and it is often difficult to tell one body type from another. However, classic car designs, such as a sedan, hatchback or truck will always be there and the iconic models representing different classes will also be remembered.